Showing posts from October, 2013
Show all

One of the persistent denier myths is that the Hockey Stick (usually meaning Mann, M. E., R. S, Bradley, and M. K. Hughes. 1999. Northern Hemispheric Temperatures During the Past Millenium: Inferences, Uncertainties, and Limitations. Geophysical Research Letters . 26:759-762 ) has been discredited.  Not only is that myth false but Mann et al. (1999) has been validated through the publication of numerous hockey stick graphs since 1999.  Here is a brief list of the ones I know: Crowley, T. J. 2000. Causes of Climate Change Over the Past 1000 Years. Science 289:270-277 : Used both his own and Mann et al. (1999)'s hockey sticks to examine the cause of temperature changes over the past 1,000 years.  Found that natural forcings could not explain twentieth century warming without the effect of greenhouse gases. Huang, S, H. N. Pollack, and P. Shen. 2000. Temperature Trends over the past five centuries reconstructed from borehole temperatures. Nature 403:756-758 : Reconstructed globa
37 comments
Read more

How to spot outliers in regression analysis 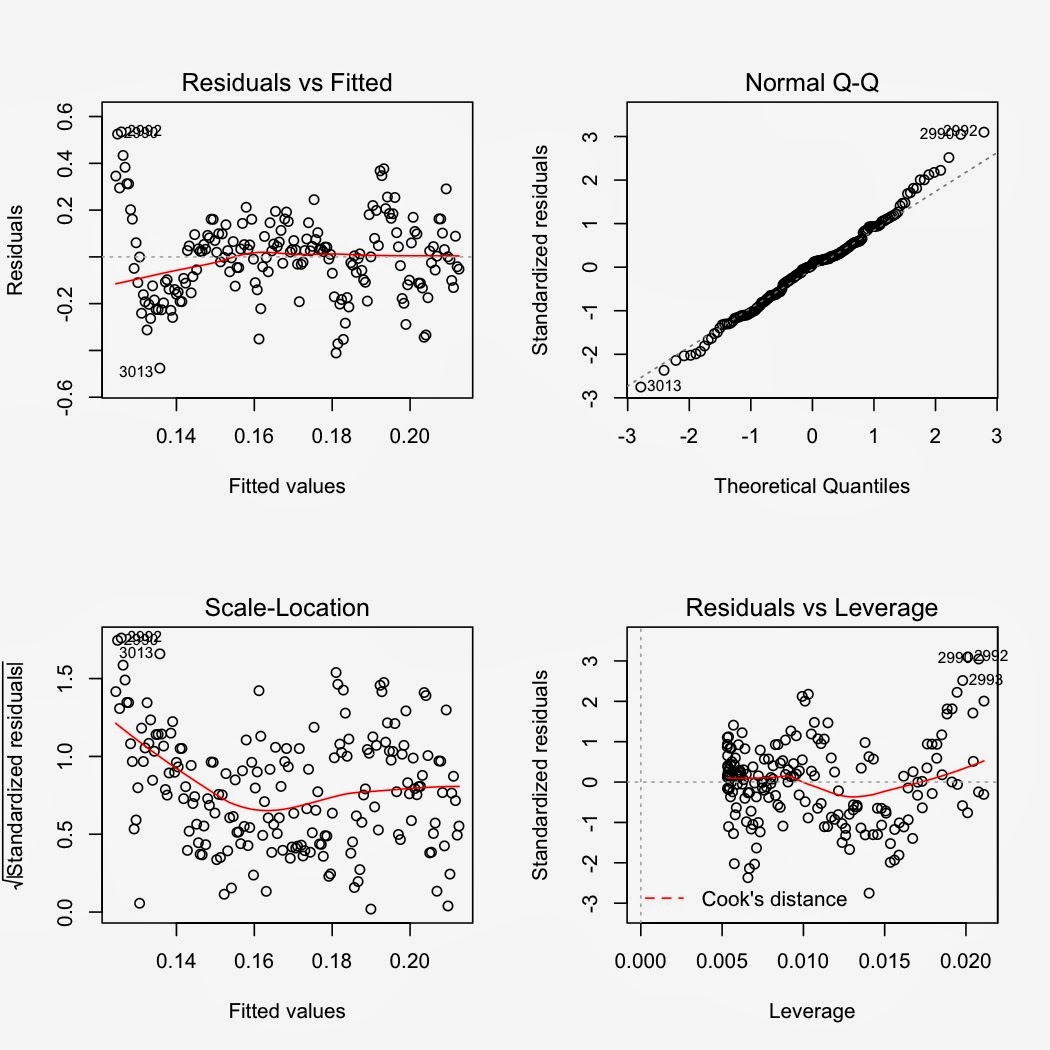 Much of the debate over the possible pause in surface temperatures since 1998 really hinges on 1998 being an outlier.  And not only an outlier but an influential data point, which means that its very presence changes the overall regression trend.  In this post, I'll show how to identify outliers, high-leverage data points, and influential data points. First, some basic definitions.  An outlier is any data point that falls outside the normal range for that data set, usually set as being 2 standard deviations from the average.  In regression analyses, an outlier is any data point where its residual falls outside the normal range.  High leverage data points are made at extreme values for the independent variables such that there are few other data points around, regardless of whether or not those data points change the overall trend.  An influential data point is an extreme outlier with high leverage that alters the overall trend. Now for the analysis, starting with the basics.  F
Post a Comment
Read more

A primer on the greenhouse effect 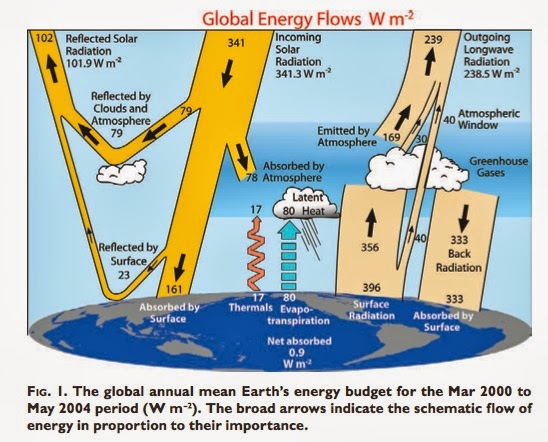 Looking back at my first posts, I realized that I had neglected to explain the greenhouse effect.  This post is intended to rectify that omission. First a basic principle: All energy that enters or leaves the Earth's atmosphere must be in the form of radiation.  And yes, that includes heat.  There's no atmosphere in space so heat cannot be lost from the planet via conduction and convection.  The general process is as follows. 1) Energy from the sun (including ultraviolet and visible radiation) enters the atmosphere. 2) About 30% of the sun's radiation is reflected back into space by aerosols in the air (produced by volcanoes and coal-fired power plants) or via snow, ice, and other light-colored surfaces.  Of the 70% that reaches the ground, most is visible light as most ultraviolet is absorbed by the ozone layer. 3) When visible light reaches the ground, the energy is absorbed by the surfaces on the ground.  That absorbed energy is reradiated as infrared radiation (
Post a Comment
Read more

On the failure of US scientific education.

October 08, 2013
Listening to the public discourse in the US, one cannot help but think that basic science education in this country has failed.  Oh, sure, we have good science teachers (and bad), and textbooks filled with knowledge, but as a nation we have utterly failed to grasp the most fundamental lessons of science.  And I think that reflects poorly on scientists and science educators (myself included). The first lesson we have failed to impart is that people must know scientific facts.  "Fact" in science means data as revealed through experiments and observations.  In essence, we have failed to teach the data.  It's much easier and faster to present the theories as in the textbook with a few supporting facts, especially given the limited time to cover any one topic in most general education science courses.  And for most topics (i.e. sliding filament theory of muscle contraction, optimal foraging theory, germ theory, general theory of relativity, etc), that is sufficient.  However
1 comment
Read more
More posts