To see whether or not winters are truly warming faster than the summers, you must use mid- to upper-latitude areas of each hemisphere.  The low-latitudes (i.e. tropics) don't experience much of a seasonal difference.  I'm going to use UAH satellite data, as it breaks down the monthly average temperatures of different regions of the planet, including the mid- to high-latitudes.  Looking at the Northern Hemisphere mid- and high-latitudes (labeled NoExt in the dataset), we see the following: 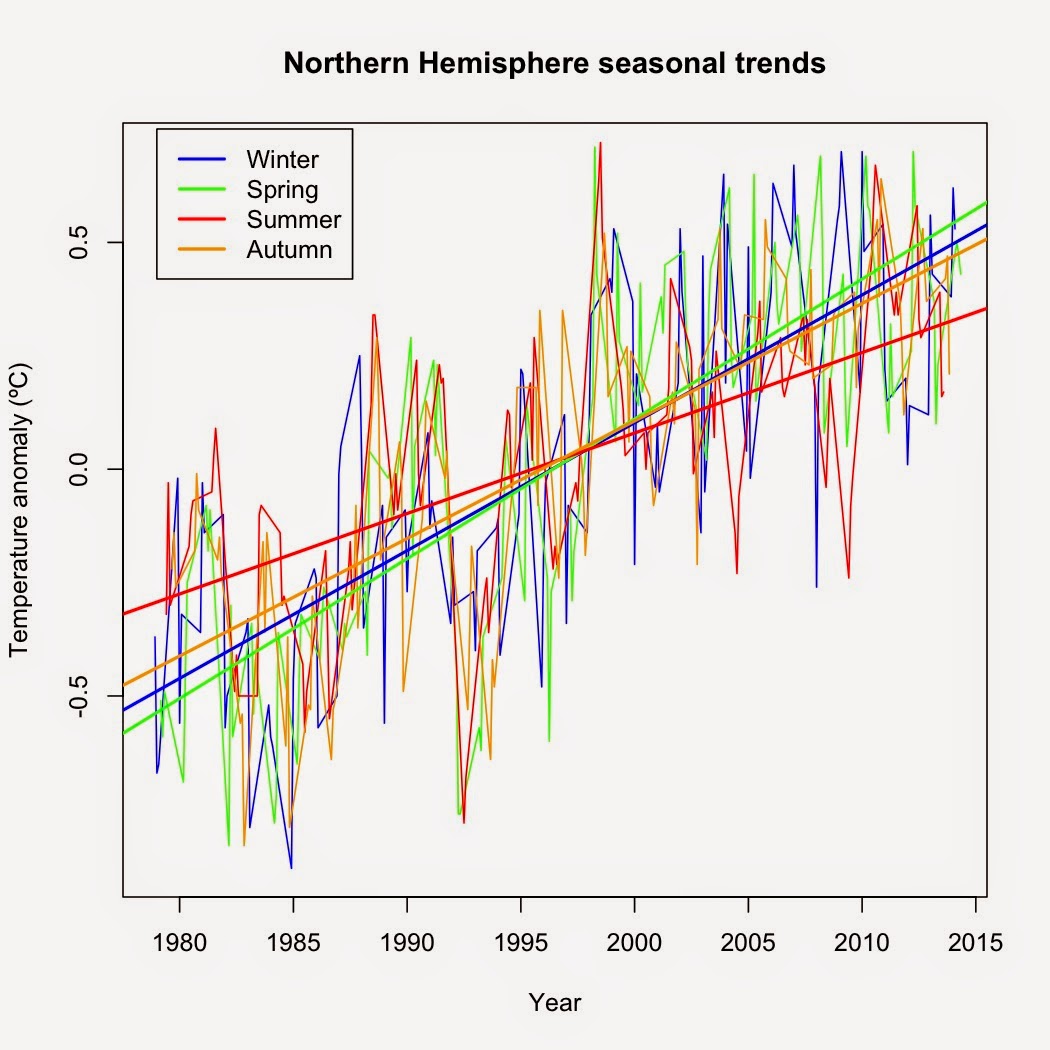 The trends for each season are as follows:


Northern Hemisphere winters have warmed at a 0.281ºC/decade clip whereas summers have "only" warmed at a 0.176ºC/decade rate, the slowest warming rate of all the seasons. Also interesting is the warming rates of the spring and autumn, both very similar to that of winter.

In the Southern Hemisphere mid- to high-latitudes (SoExt in the UAH data), you find the following pattern: 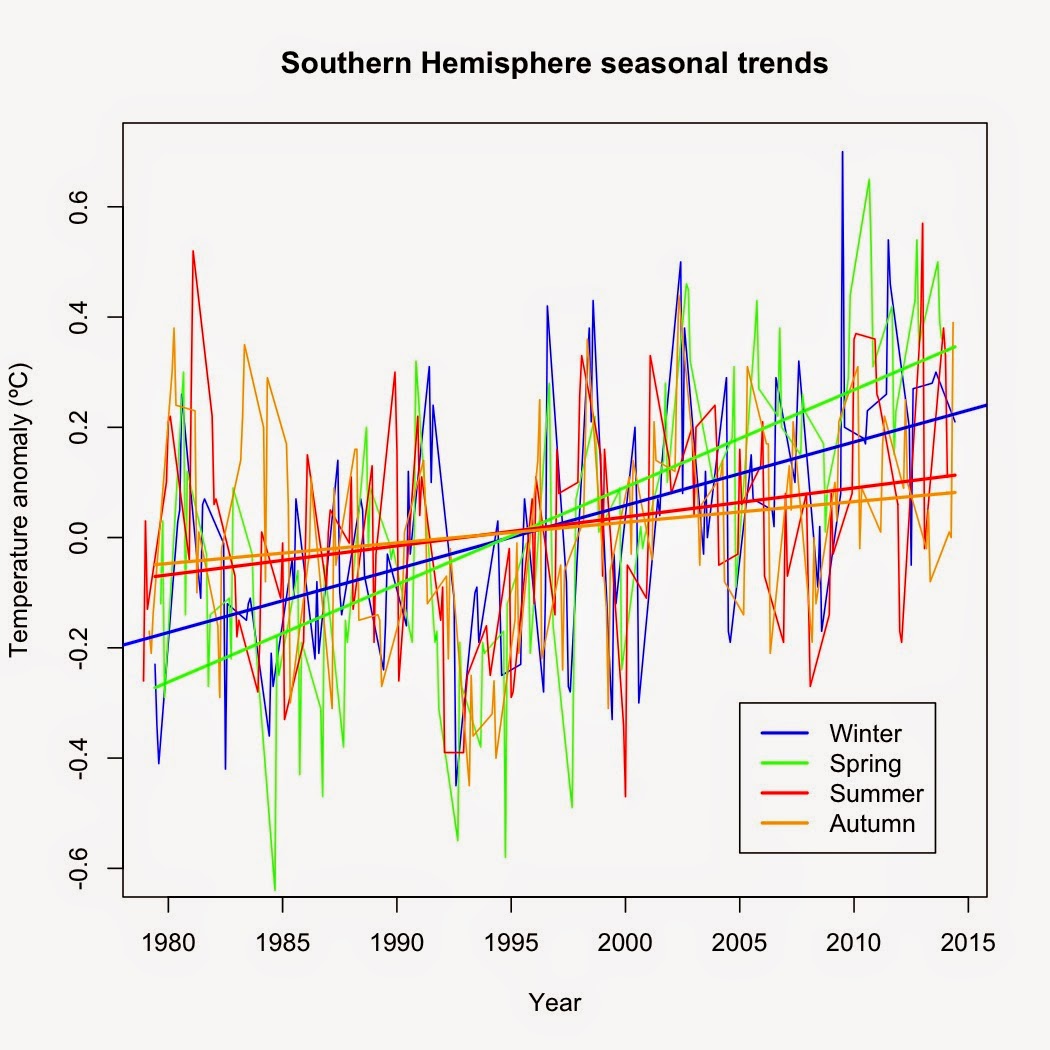 The trends for each season are: