What Christopher Booker wants you to ignore.

February 12, 2015
Christopher Booker wrote a highly deceptive piece in The Telegraph on temperature adjustments in Paraguay and elsewhere around the world.  His implication is that scientists have fraudulently adjusted temperature records to show warming when there really is none.


Booker (as well as Paul Homewood and Tony Heller—aka "Steven Goddard"— both of whom Booker cites) ignore why scientists adjust temperature data.  It's not fraud.  In fact, it's the exact opposite of fraud.  Think of it this way: Say you're taking a child's temperature using a regular oral thermometer.  Then you switch to an infrared thermometer which consistently shows temperatures 1ºC lower than the oral measurement.  How should you compare the temperature record before the switch to the record after the switch? 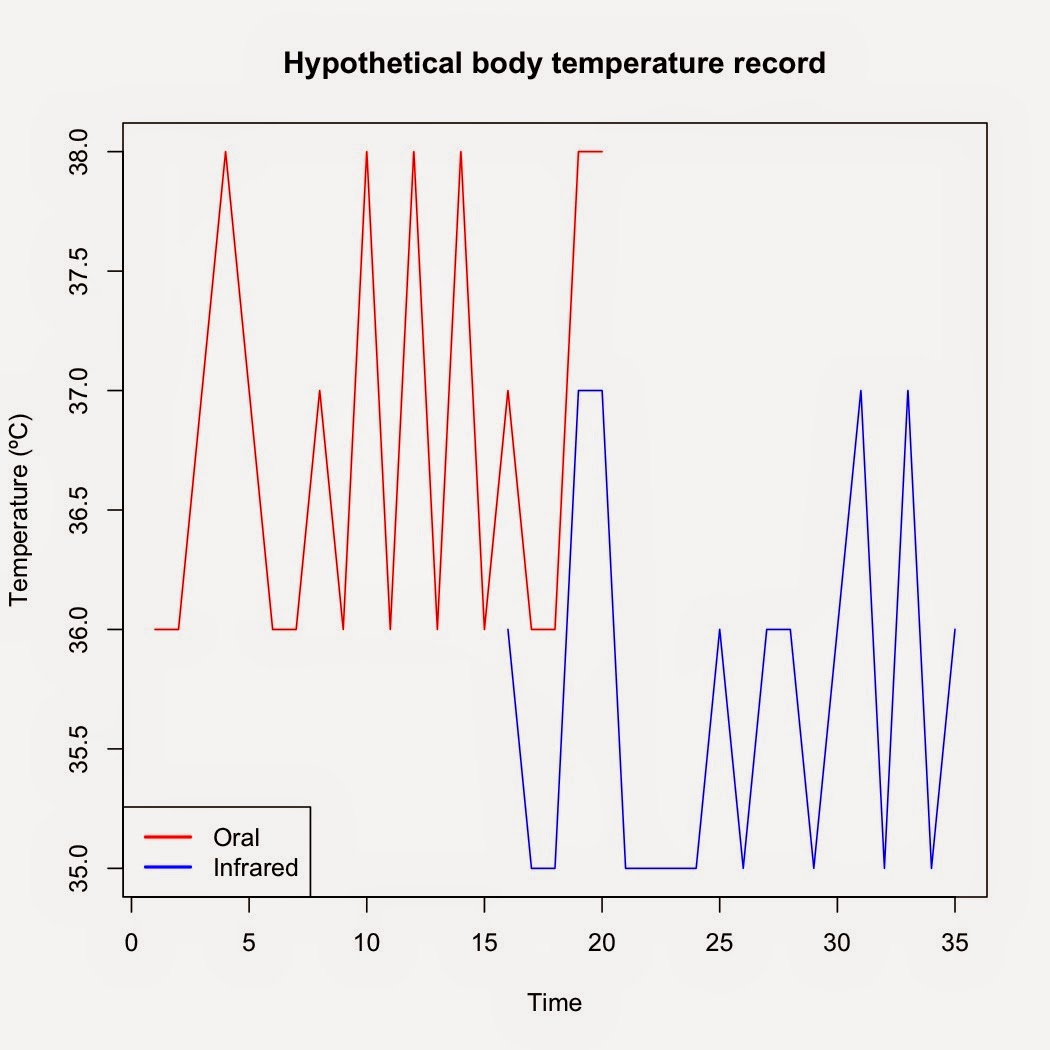 If you're like most people, you would calibrate the two thermometers, then adjust the readings accordingly.  If you're Booker and company, you ignore the switch in thermometers and compare the raw data without any adjustments.

Booker and Homewood's specific claim about Paraguay has been addressed by Dr. Kevin Cowtan in a YouTube video.  Readers of this blog may recognize his name in connection with the Cowtan-Way temperature data set.


Beyond Cowtan's response, Booker and company ignore one very pertinent fact: Satellite data sets, as well as the Berkeley Earth and Cowtan-Way temperature data sets, agree with GISS and NOAA data sets.  Why is that important?  Satellite data as well as Berkeley Earth and Cowtan-Way derived their own calibration curves independent of NOAA and GISS and each other.  In science, the best confirmation is to get the same results using different methods. 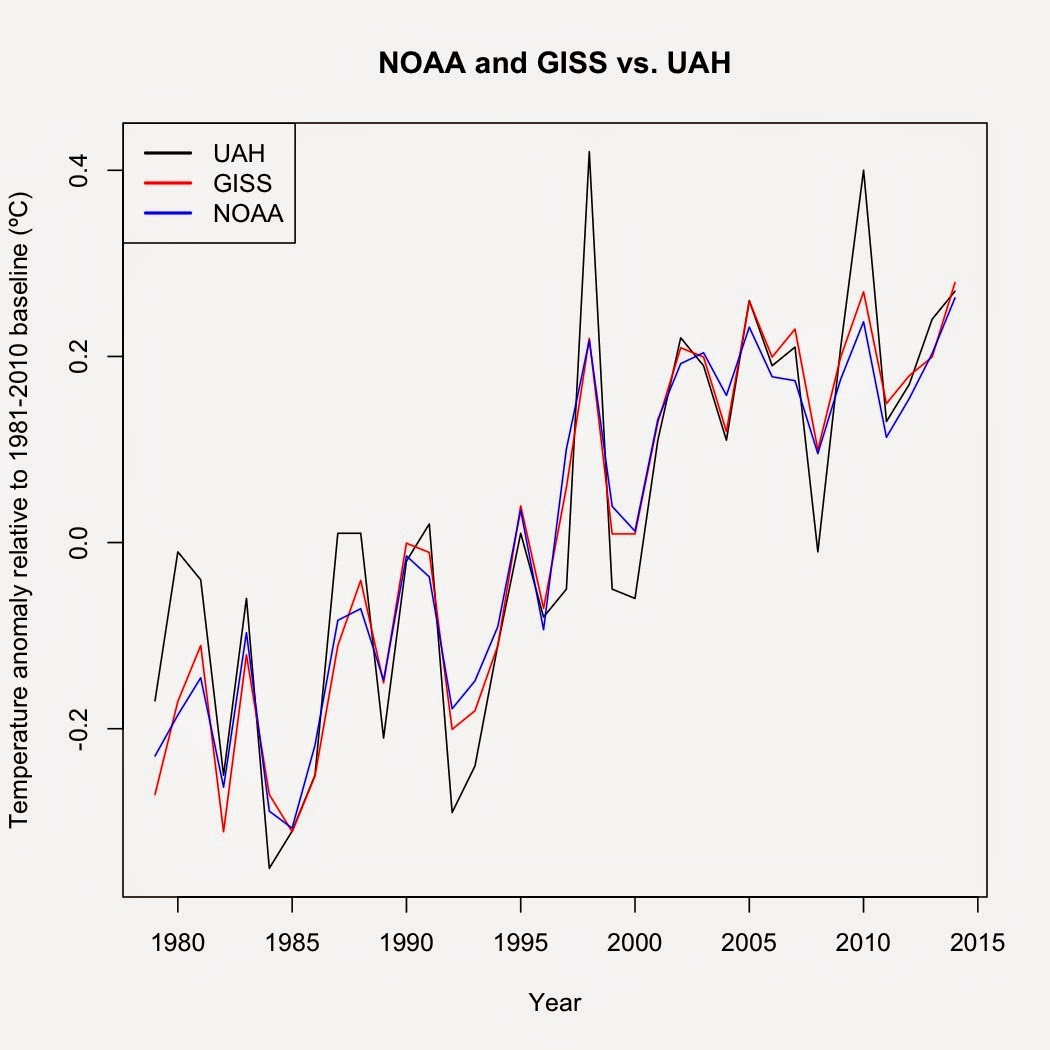 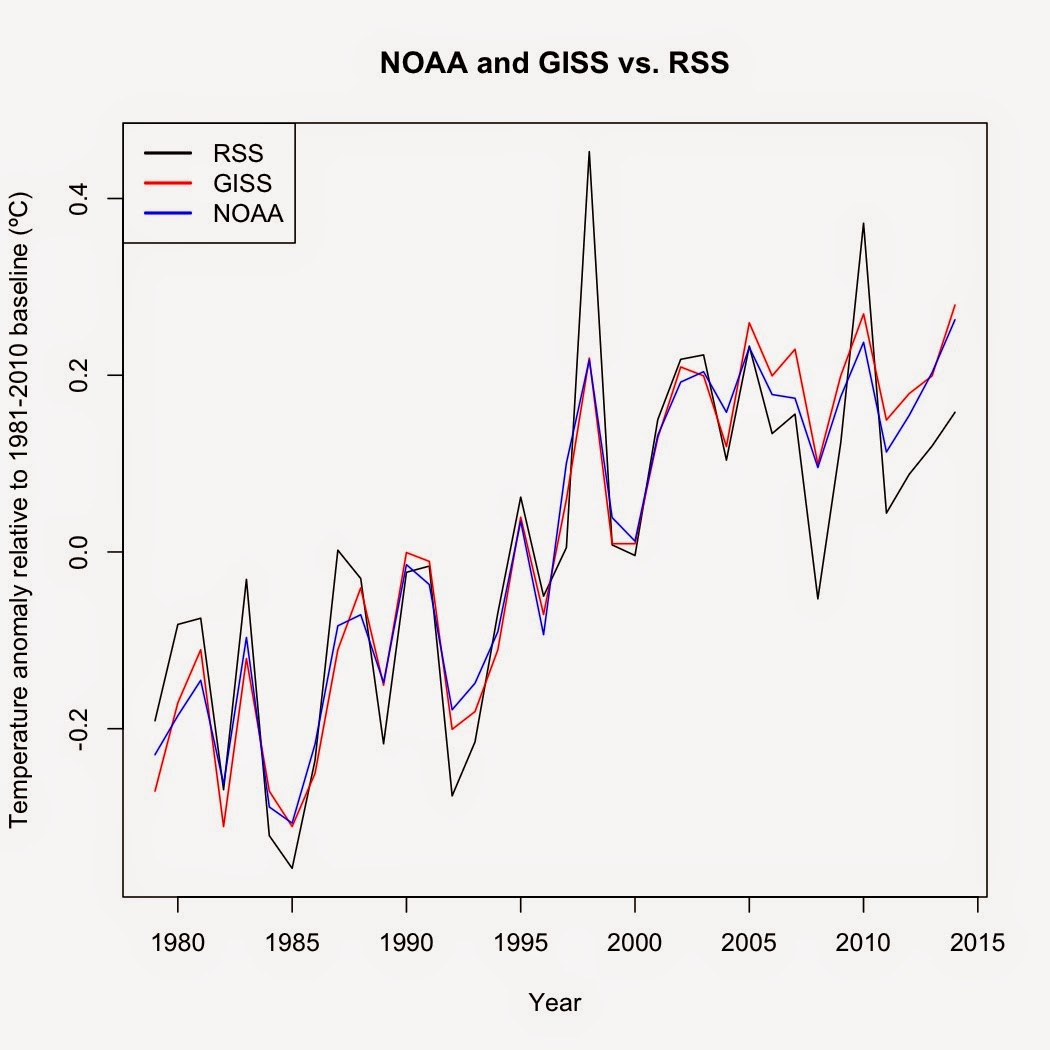 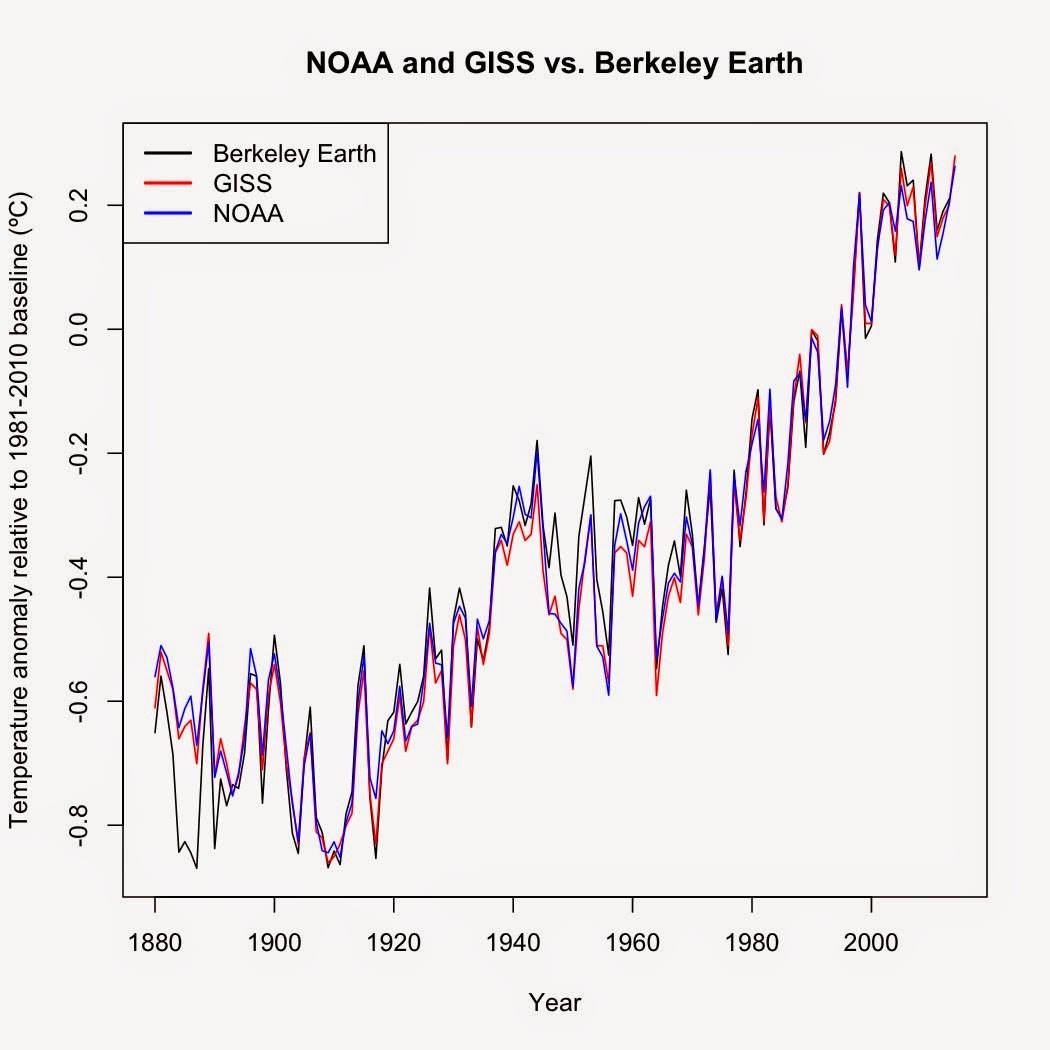 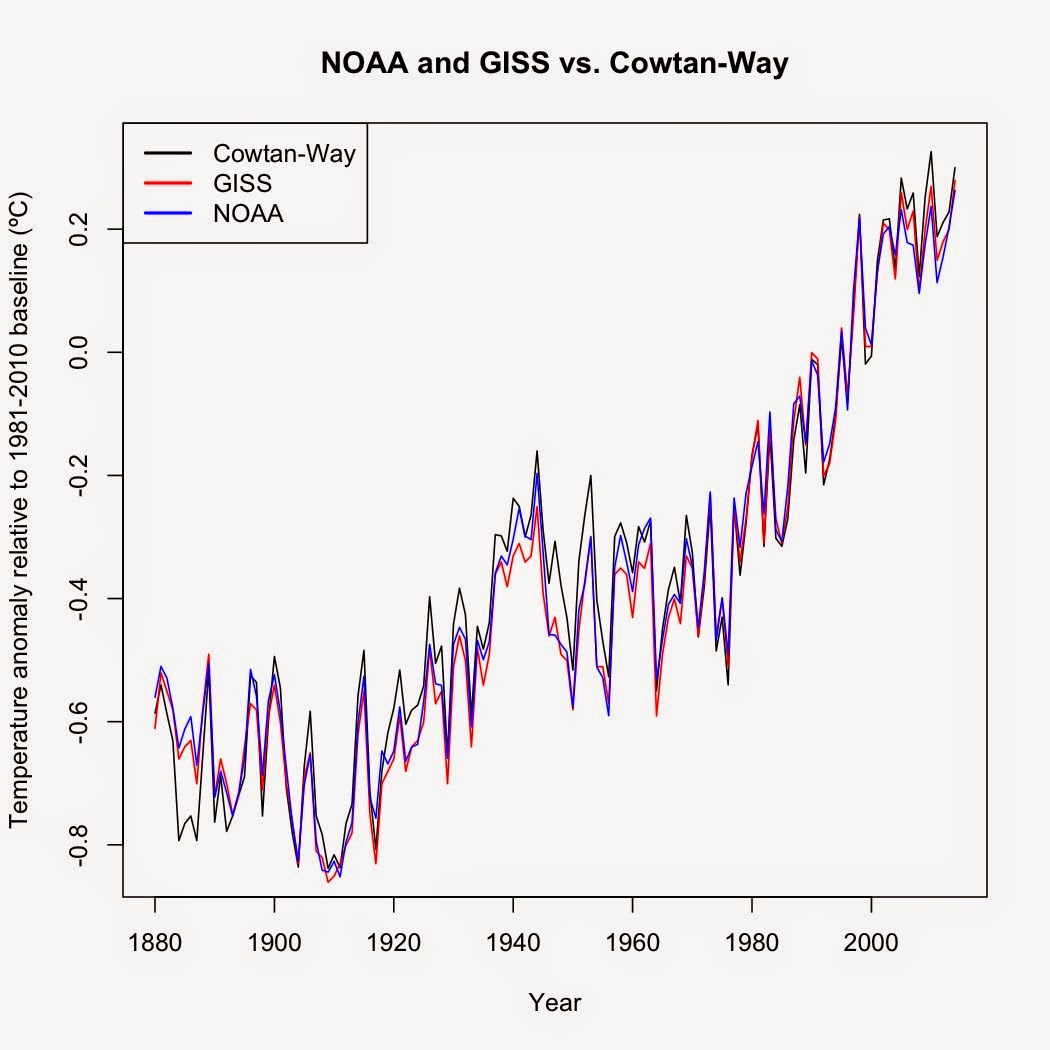 Really, Booker and company's argument is one of ignorance: They do not understand why calibration is necessary and think that no one else does either.  No matter how badly Booker, Heller, and Homewood may wish differently, the data is very clear and unanimous: The world is warming up due to CO2 and we're the reason CO2 has increased.

At this point, we should not be endlessly "debating" whether or not climate change is happening.  It's happening, it's because of human civilization, and no amount of willful ignorance is going to change those scientific facts.  Let's have the real debate: What we should do in response to climate change.
Berkeley Earth Christopher Booker Cowtan-Way GCHN GISS NOAA Paul Homewood RSS Steven Goddard temperature adjustments The Telegraph UAH