April 21, 2015
Okay, I'm back.  Sorry for the lengthy gap between posts but work and losing my laptop intervened.  Now to get back in the saddle.

A reader by the pen name of cosmicomic asked several questions on my last post concerning James Taylor's claims about winter-time cooling in the US.  Since NOAA's climate-at-a-glance widget didn't work properly for him, I thought I'd post a video of what one should see as well as expound on the bogus method Taylor used.  Specifically, I'll examine Taylor claim that winters in the US have cooled, with the cooling trend dating back to 1930.

First, a very brief tutorial by yours truly on using NOAA's widget and what you should see when you do:


Now, Taylor's claim that US winters have cooled since 1930 is already in trouble. The simple linear regression model done by the widget shows that US winters have warmed by an average of +0.18ºF/decade since 1930. ARMA time series regression shows that the warming trend since 1930 is statistically significant (p = 0.03015). Dropping 2015 (since Taylor was writing about the 1930-2014 time period) only lowers the trend since 1930 to 0.17ºF/decade (p = 0.041), still a statistically significant increase. 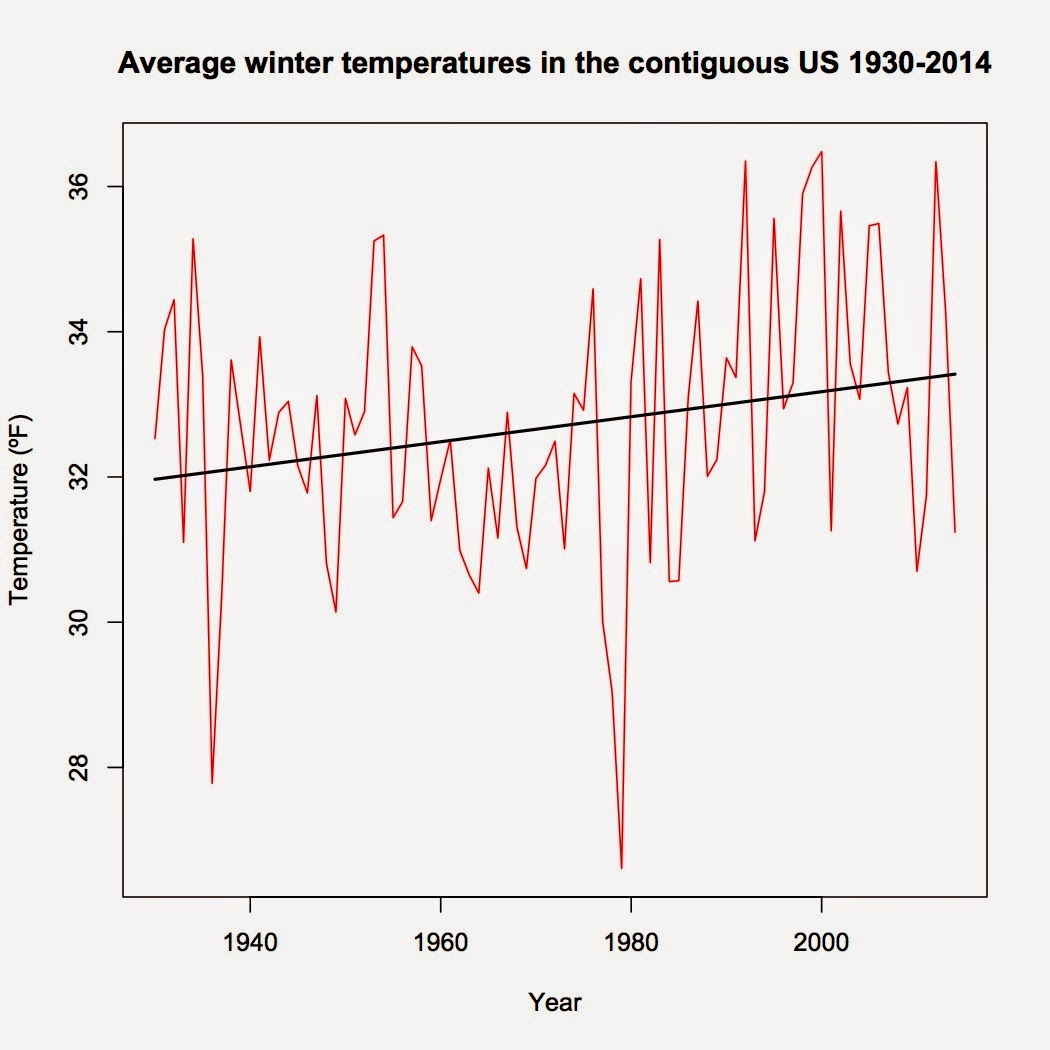 So, what did Taylor do to come up with his "cooling since 1930" claim? Simple. He played "connect the dots." It's really easy to do (David Rose of the British tabloid The Daily Mail is a master of it). Just find a year that was warmer than the end year (in this case 2014), draw a line connecting that year to the end year, and claim "Cooling since _____!" In Taylor's case, just connect 1930 to 2014. 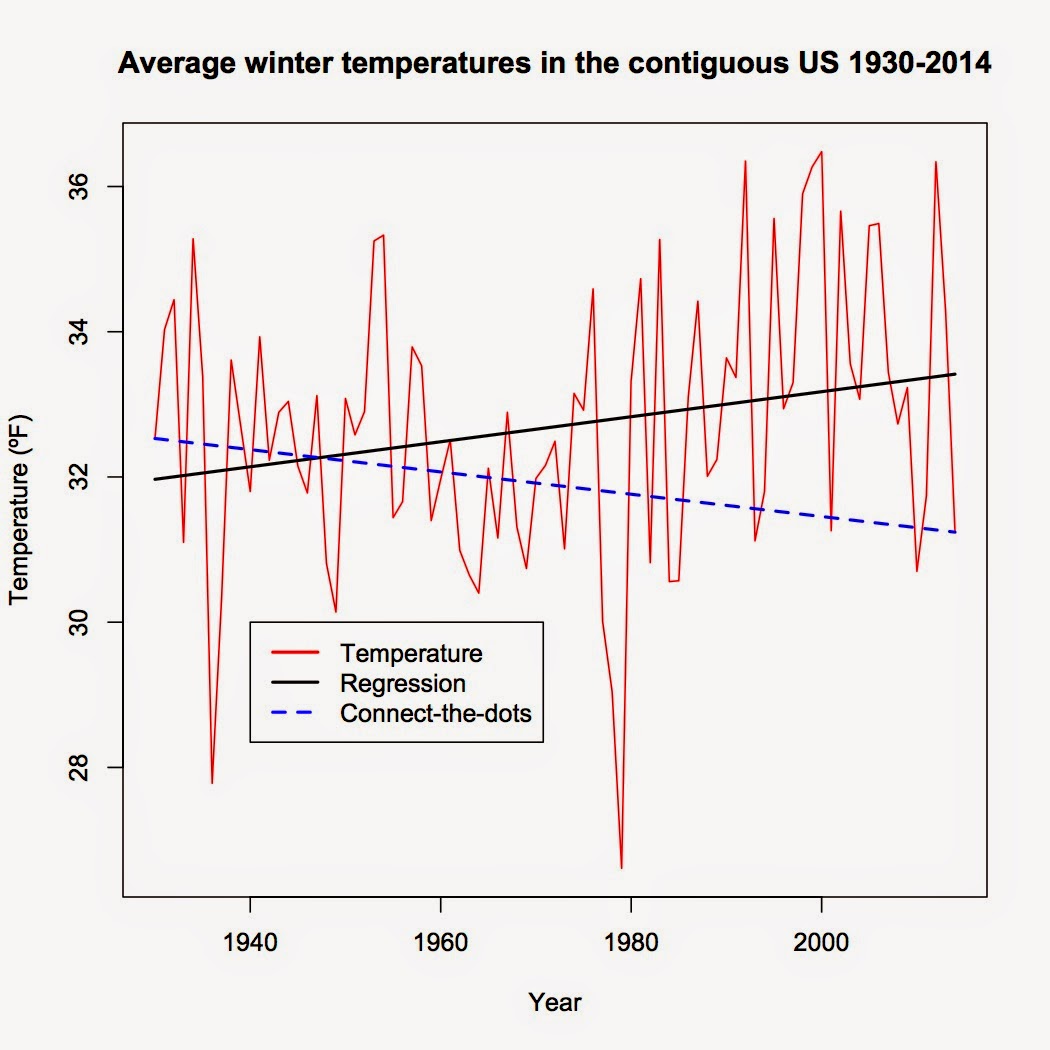 Voila! Instant cooling trend and you don't even have to bother with all that pesky time-series analysis, ARMA regression, and the like. All you need is what you learned in kindergarten. Of course that only works to climate deniers' favor  if the end point is lower than the starting point. And if you ignore everything except the beginning and end points. And if you ignore pretty much everything a beginning stats student learns in the first semester. And...you get the idea.

In short, Taylor's "method" is utterly bogus. But he won't let such a trifling detail stop him.
Climate change cooling since 1930 Global warming James Taylor US winters