July 22, 2015
Recent media reports have claimed that a drop in solar activity will lead to a mini-Ice Age within the next 15 years.  Unfortunately, even press reports from science-related media such as Science Daily, have been riddled with errors.

Let's get the biggest one out of the way first.  Zharkova et al. (2015) did not predict a new Little Ice Age (LIA).  What they did was use principle component analysis to detect and model magnetic waves within the sun.  They found that there were two such waves, each with an 11-year cycle, that either interfered with each other when sunspot activity was low or magnified each other when sunspot activity was high.  They then ran their statistical model ahead to make a prediction for the next solar cycle and found that their model predicts that the waves should cancel each other out, resulting in their subsequent prediction that solar activity should drop to levels not seen since the Maunder Minimum.  That bit about the Maunder Minimum is what set off the media, as the Maunder Minimum coincided with the coldest time period of the Little Ice Age.

Unfortunately for the journalists and editors who made that connection and then made the claim that a new Little Ice Age would begin within 15 years, they are dead wrong.  First, multiple research papers have found that a new Maunder Minimum would shave a maximum of 0.3ºC off the expected rise in global temperatures by AD 2100 (Feulner and Rahmstorf 2010, Jones et al. 2012, Anet et al. 2013, Meehl et al. 2013).  So the world would warm by "only" 3.7ºC rather than 4ºC.  Furthermore, the impacts would be largely regional, not global, and temporary.  Ineson et al. (2015) found that the greatest cooling would fall on Europe and the eastern US during winter but that global temperature as a whole could be largely unchanged.  Once the new minimum ended, regional temperatures would warm back up. 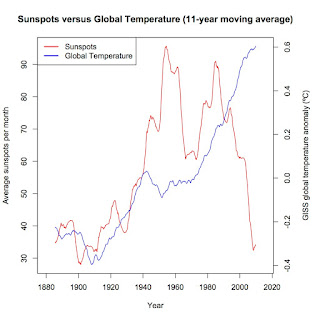 Third, research shows that the Little Ice Age began and was sustained by volcanic eruptions, not solar activity (Miller et al. 2012).  And contrary to the Science Daily article, the LIA began in AD 1300, not AD 1645 as that article wrongly claimed.  The timing of the Maunder Minimum, coinciding with the coldest part of the LIA, gave the false appearance of a link between the two. 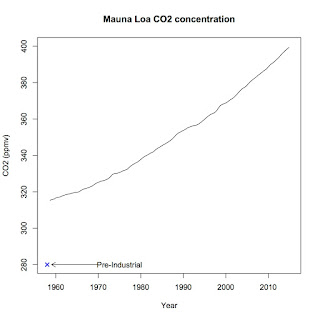 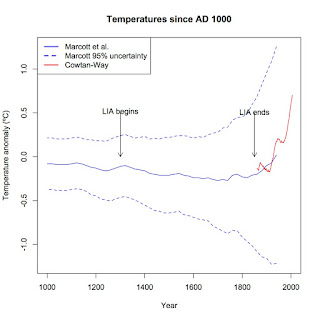 To sum all of this up, there is no new ice age coming, even if the sun does repeat the Maunder Minimum.  Instead, we can expect temperatures to continue rising as CO2 levels increase due to the 30+ billion metric tons of CO2 we spew into the atmosphere each year.