October 03, 2014
In August, I published a post listing predictions of what the average September sea ice extent would be in 2014.  Since September 2014 is now past, we can go back and see how those predictions panned out.  First, here are the predictions again:

The average extent for September 2014 was 5.21 million km2, very close to the predictions based on June and August, and higher than the one based on July.  The extent also came in higher than most of the Sea Ice Prediction Network predictions logged in June..

As for why the sea ice survived in better shape than many predicted, Neven had this to say on his blog:


"The 2014 melting season is about to end. The end result is very similar to that of last year, despite large differences between both melting seasons. Last year the Arctic was dominated by persistent cyclones, keeping things cold and cloudy. This year there were more bouts of sunny weather, but it seems little heat was imported from lower latitudes. A lack of strong pressure gradients also caused relatively little movement and export, clearly to be seen on the Atlantic side of the Arctic, where in the last couple of years (even last year, see here) an onslaught had taken place.

At the same time, on the Pacific side of the Arctic, the ice that had been strengthened due to last year's rebound, managed to hold out through much of the melting season, although the late momentum seems to be sustaining the melting season now (together with weather, of course). Large areas of very thin ice and milky wisps in the Beaufort, Chukchi and Eastern Siberian Seas are disappearing, keeping many a trend line dropping on sea ice graphs.

Adding last month to the data since October 1978 gives us the following overall trend revealed via 12-month moving averages to remove the seasonal cycle: 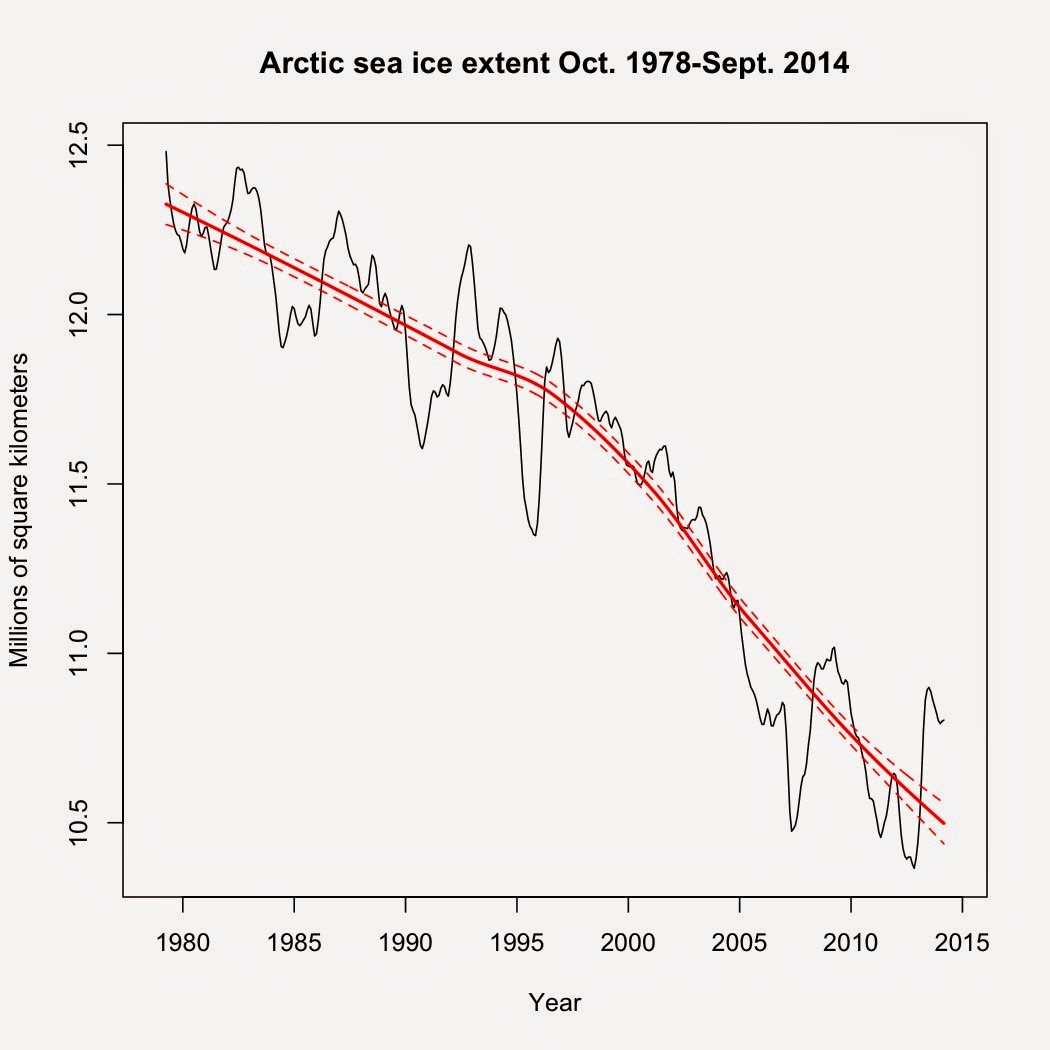 While the ice is currently above the overall trend, it's not enough to alter that trend.  Any talk of a "rebound" at this point is premature.  Note that after each new record low, there are several years following where ice levels are higher than the record low—and that overall ice levels continue to decline even during those "rebounds."

Even looking at just September ice extent reveals that the overall decline continues despite the higher-than-the-record-low ice of the past two years. 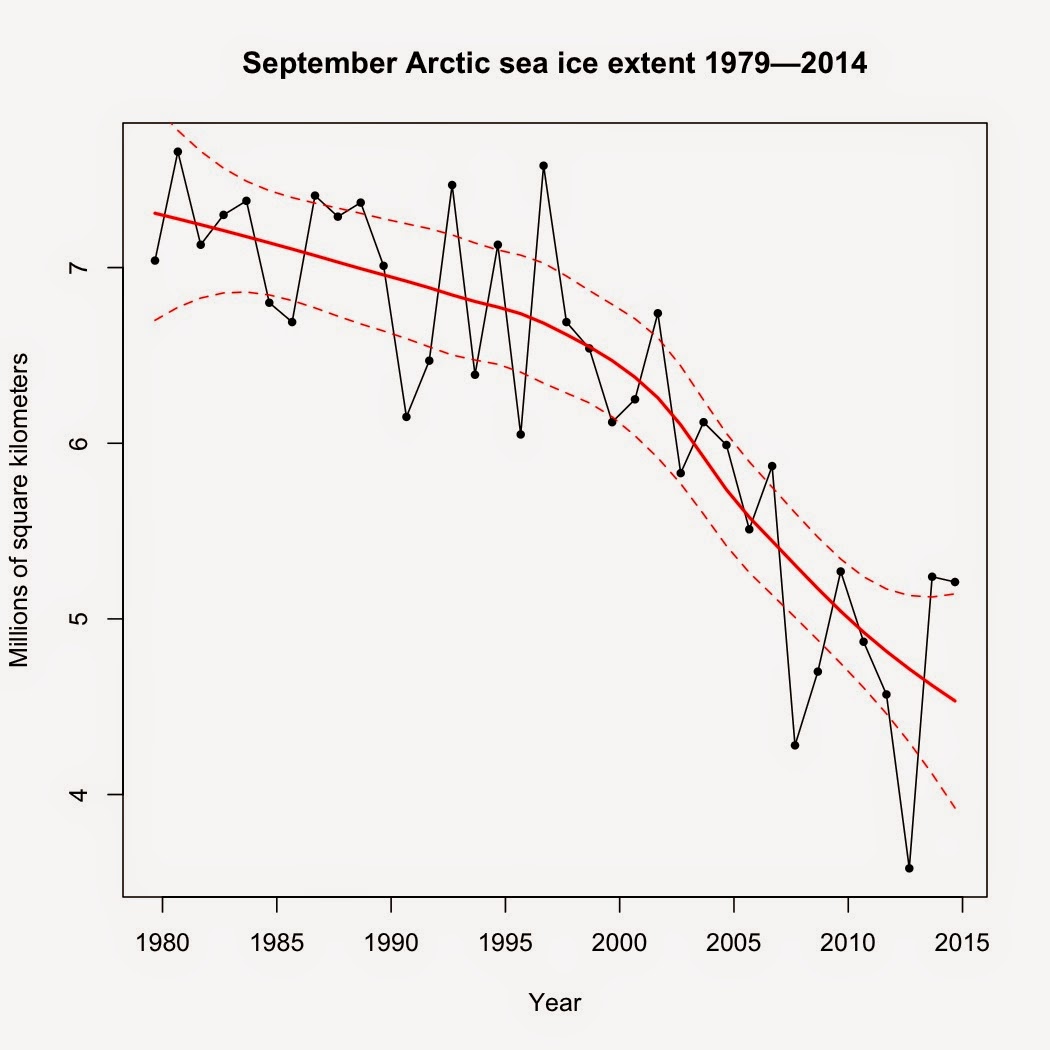 Given the continued negative trend in ice volume, it's highly likely that any uptick is temporary and we'll start seeing declining September ice extents again, as has happened multiple times since 1979.  All the recent uptick did was just bring ice volume levels back to the regression line without changing the slope of the line.

The take-home message?  Despite the "ice is recovering" messages of various blogs (e.g. WUWT) and various commentators, Arctic sea ice has not recovered.  The relative uptick of the past two years is in line with previous behavior from the Arctic ice extent and does not alter the overall trend in the slightest.
Arctic sea ice continued decline PIOMASS September ice extent volume