October 27, 2014
One of the most useful features about models, both statistical and physical, is that you can examine different aspects of the system you are analyzing separate from all other other influences.  Want to see if El Niño/Southern Oscillation could be driving the trend in global temperatures?  Construct a realistic model, then isolate the ENSO term.  Want to see if a combination of natural cycles explains the trend?  Isolate the terms for the natural cycles from those for greenhouse gases, and examine the results.

Using the full statistical model I constructed during my previous post, I isolated each term and graphed the result.  The full model (ignoring the fact that the PDO term was not statistically significant) was

The formula, then, to predict global temperature each month was 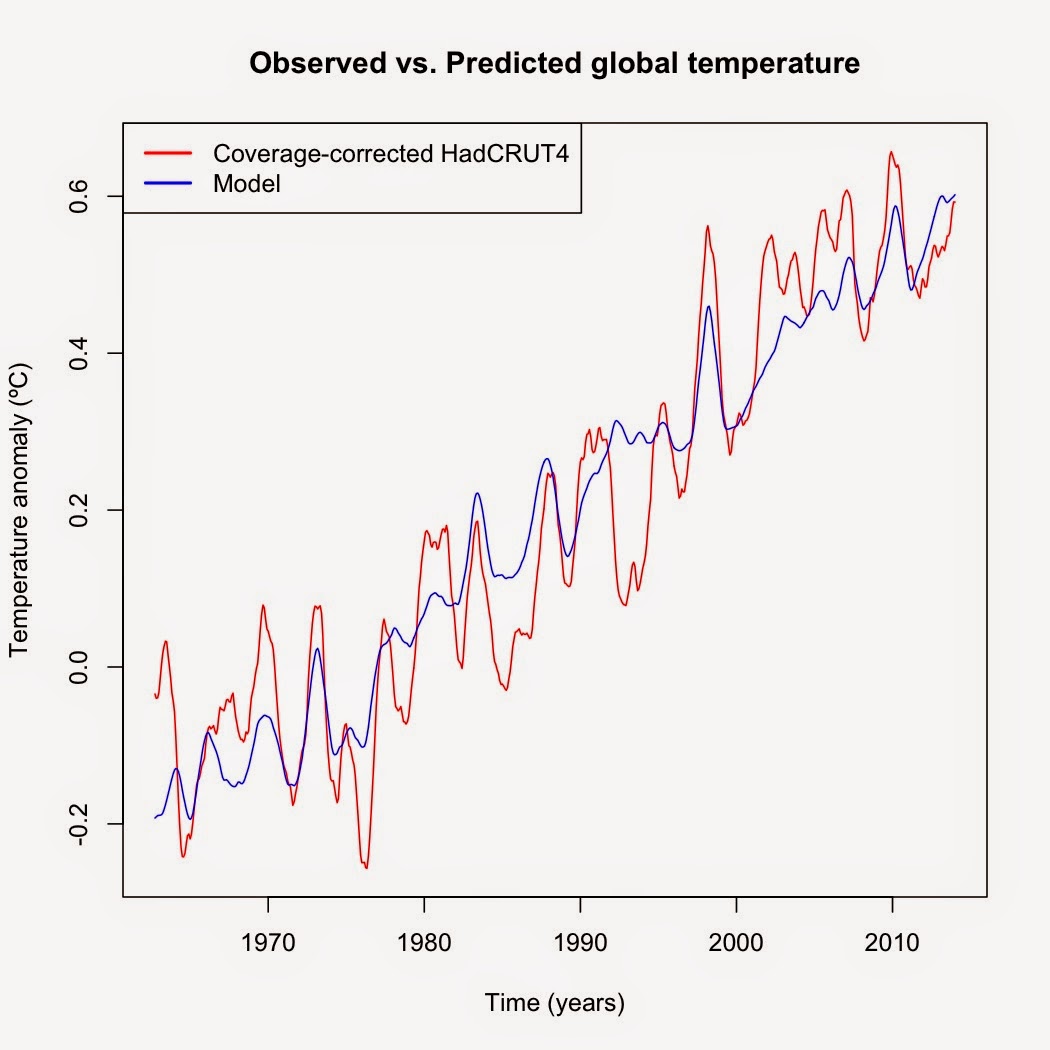 Including a term for volcanic aerosols would improve the model, as the major disagreements between the model and actual results come from major volcanic eruptions.  Splitting the model into its respective terms shows us the relative influences of radiative forcing, ENSO, and PDO.  Note: I added the y-intercept to the radiative forcing term so it could be compared directly to the ENSO and PDO results. 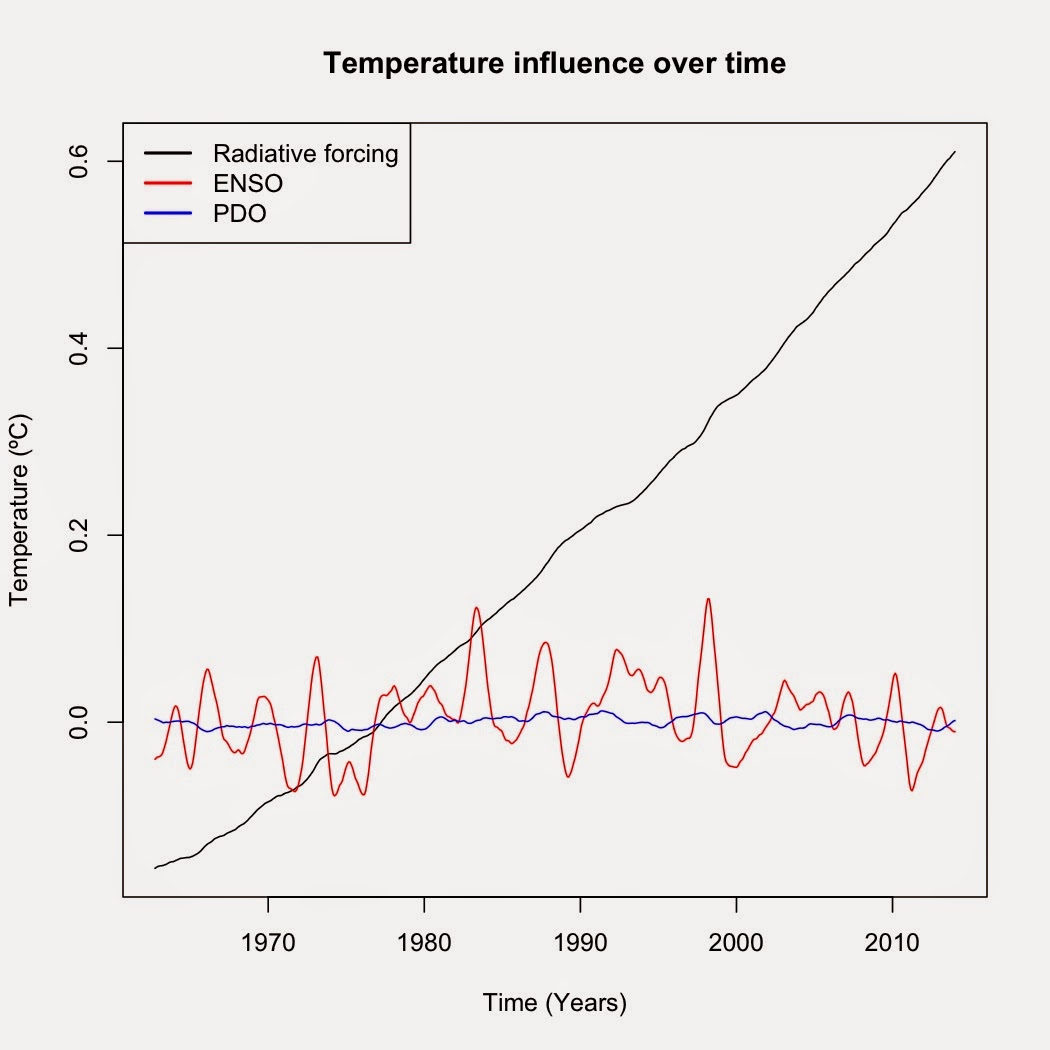 Three features immediately jump out.  The first is the rise in temperature due to radiative forcing.  The second is the utter lack of any overall temperature trend due to either ENSO or PDO.  The third is the relative size of the temperature changes attributable to each factor.  The rise due to radiative forcing spans nearly 0.8ºC.  The change due to ENSO oscillates over a roughly 0.2ºC span.  That due to PDO oscillates over a 0.02ºC range. 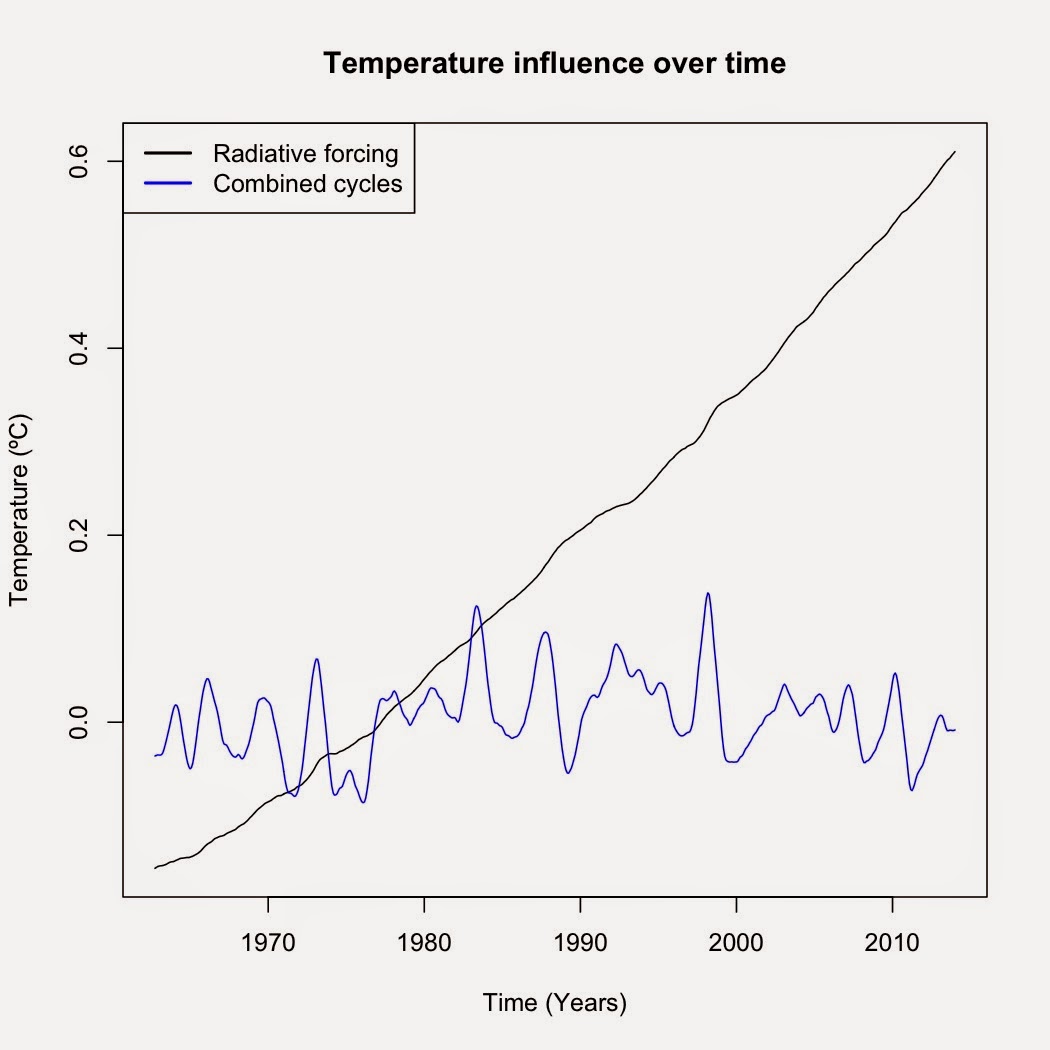