James Taylor has no idea what he's talking about

February 27, 2015
A couple days ago, James Taylor of the Heartland Institute published what is one of the most disingenuous, misleading, and ignorant articles I have ever had the misfortune of reading.  It's a wonder Forbes even saw fit to publish such obvious claptrap.
Taylor's theme centers around the mistaken premise that global warming somehow means it's not supposed to get cold or snow in the winter.  More specifically, that it's not supposed to get cold or snow in the eastern US in the winter.  He completely ignores the record warmth in the western US and Alaska, the record warmth in northern Europe, etc.  Nope.  The only part of the world that matters to Mr. Taylor is the eastern US.  Too bad for him that the eastern US is not the entire planet. 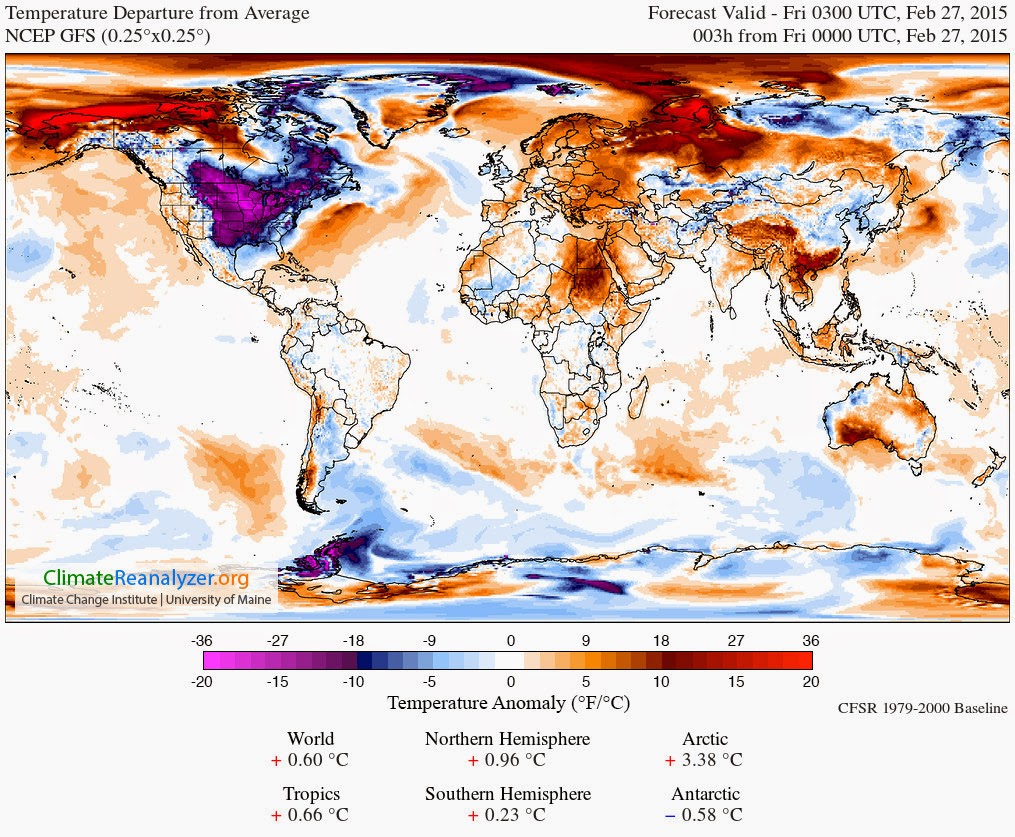 Once we look at the entire planet, we see the reason Taylor is fixated with the eastern US: It's pretty much the ONLY part of the northern hemisphere that is really cold compared to the 1979-2000 average.  If Taylor took his head out of the snowbanks in Chicago and looked at the entire planet, he'd see that far more of the Northern Hemisphere is experiencing a record WARM winter, with an hemisphere-wide average nearly 1ºC above the 1979-2000 average.    The Arctic is averaging over 3ºC above normal temperatures.  The world as a whole is 0.6ºC above the baseline.  But none of that fits his narrative.  No.  He'll cling to the eastern US, thank you very much, and ignore the rest of the world.

Taylor's piece is designed for a very specific audience: Those Americans who deny science and refuse to acknowledge the existence of any place outside their own backyard.  In other words, the worst type of American: Ignorant and proud of it.
climate denial eastern US Global warming James Taylor