No, global warming is not caused by urban heat island effects

July 31, 2013
One of the most common objections to global warming is the claim that the warming trend is due to the urban heat island effect (UHI).  The urban heat island effect occurs because cities have more buildings, roads, and other paved surfaces than rural areas, absorb more sunlight and re-radiate it as infrared than trees, meadows, and fields.  Because of the extra infrared, cities are usually hotter than surrounding rural areas.  This effect is visible—just pull up a map of weather station temperatures around any medium to large city in the afternoon.  The city will be around 2 to 9ºC warmer than surrounding areas, depending on size.  This effect was first noticed by Luke Howard in the 1810s.  Recent research has shown that the urban heat island effect is due to a lack of vegetation, as transpiration is the key process that keeps the heat under control (Zhang et al. 2012).  Some desert cities can actually be cooler than their surrounding areas due to irrigation of lawns and trees within the city, which increase the amount of transpiration relative to the rural surroundings (Zhang et al. 2010).

The first assumption is, to be blunt, pure bunk.  In the early part of the temperature record, official thermometers were located in the downtowns of cities and towns and on rooftops, right where the urban heat island effect would be strongest.  It wasn't until the 1930s the weather services started moving official thermometers from rooftops and downtown areas to airports and grassy areas to minimize UHI.  Ever wonder why so many of our record high temperatures come from the early 1900s?  The record highs aren't adjusted for UHI—it's just the daily average that is adjusted.  The record high for any one day is going to read as it did back before the 1930s, when the thermometer was on a rooftop in the middle of town.  Matching or breaking that daily high now, when the thermometers are in grassy areas outside of town, means that the entire area is really hotter now than it was back then.

The second assumption is also bunk.  Scientists are well aware of the urban heat island effect and have a rather simple way of factoring it out.  They merely adjust the average temperatures of urban areas down to match the averages of the respective surrounding rural areas using regression techniques (Karl et al. 1988, Hansen et al. 2001).  This method is most effective in removing UHI after 1930, removing nearly all of the UHI signal since 1930 but only 50% of the UHI from pre-1930 temperature records (Hausfather et al. 2013).  If UHI impacts global average temperatures, it's mostly the pre-1930 records that are affected, not the later records, thereby making the warming trend over the entire dataset appear smaller than it really is.

Multiple studies have examined this issue and found UHI to be a minimal problem at best.  Peterson (2003), Jones et al. (2008), and Wickham et al. (2013) found that temperature trends calculated including urban thermometers were the same as temperature trends calculated using only rural thermometers.  Parker (2006) examined the effects of wind conditions on thermometer readings.  Low to no wind conditions were expected to show the greatest UHI, as no wind would allow the heat to build up around the thermometer, thereby raising the recorded temperature.  Windy conditions would dissipate that heat, resulting in cooler readings.  Parker found that wind had no effect on thermometer readings, indicating that UHI was not affecting temperature records. 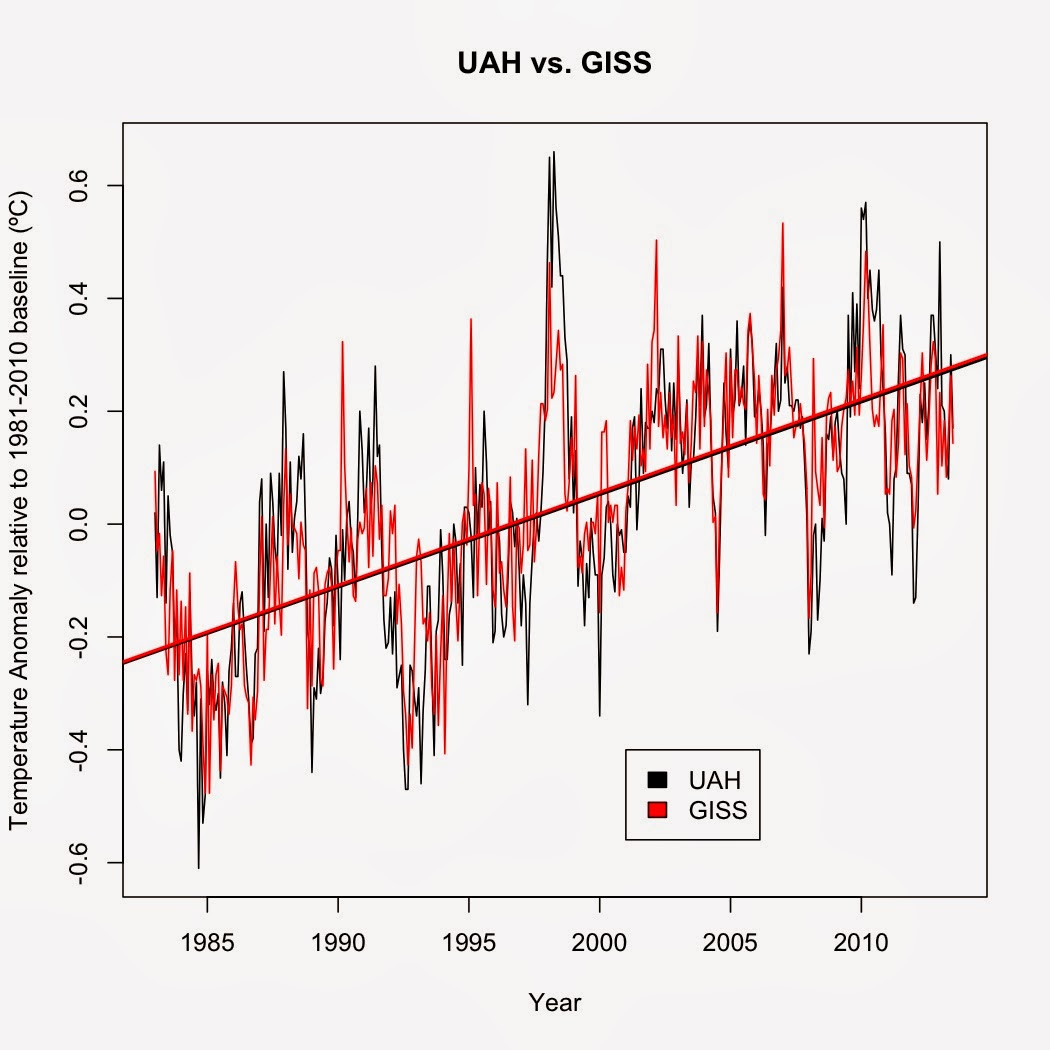 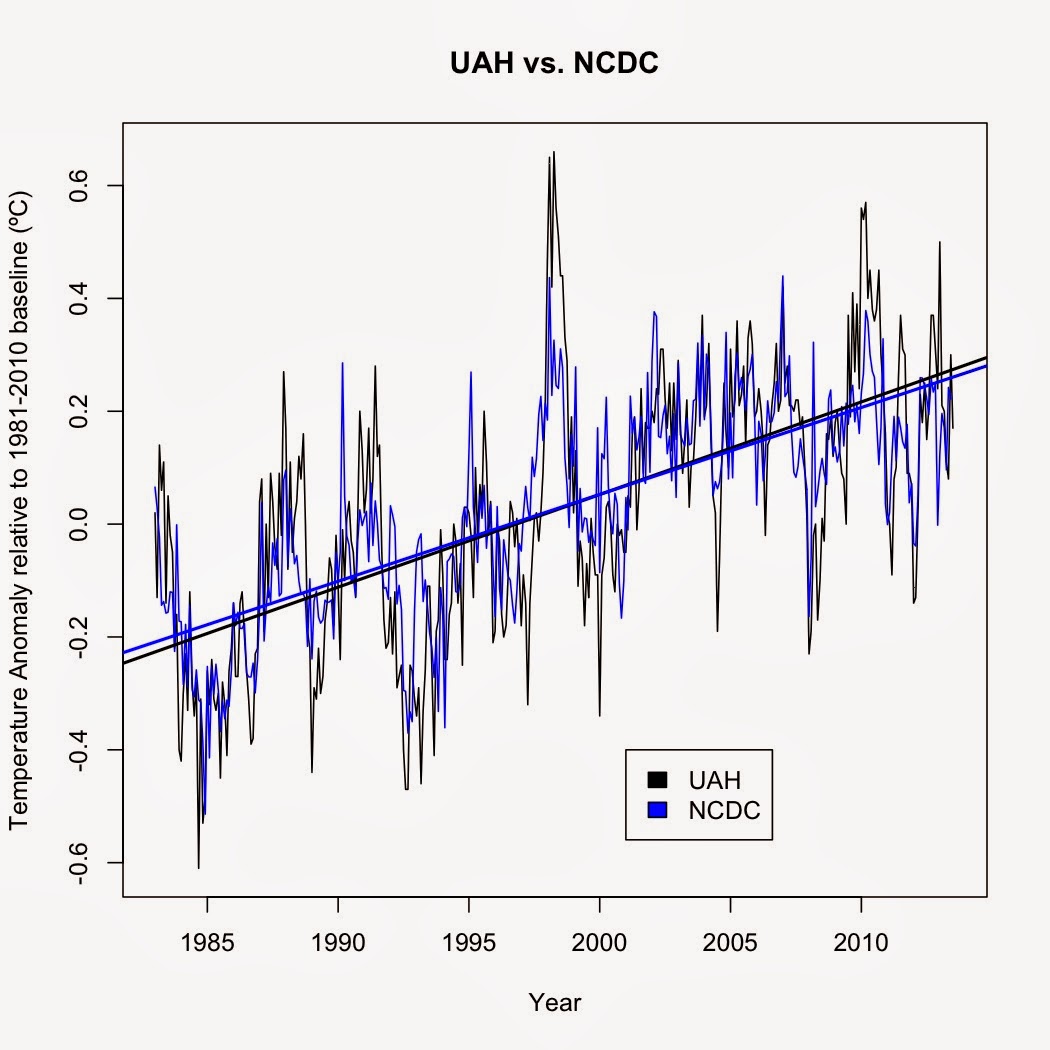 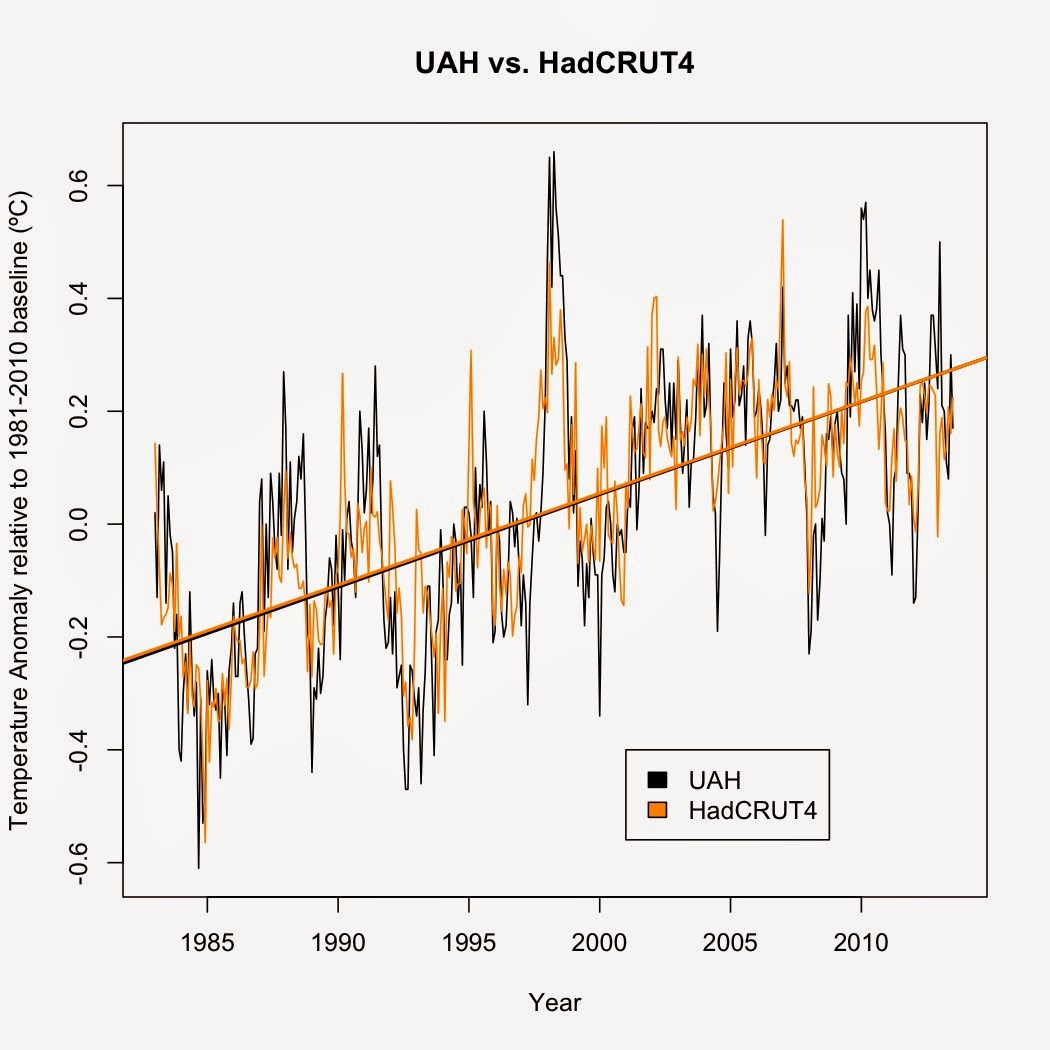