September 09, 2013
The degree to which the sun impacts climate change is hotly debated, mostly in climate change denier circles, with claims that the current warming is due to the sun.  That claim, however, ignores the actual science.  There have been multiple research studies published since 1998 that show that the sun has very little to do with the current global warming episode.  Solanki et al. (2004), Usoskin et al. (2005), and Scafetta and West (2006) used reconstructions of solar activity to show that the sun contributed little to warming since the 1970s.  Lockwood and Fröhlich (2007) showed that trends in solar output and activity since 1988 are opposite what would be required for the sun to cause global warming.  Meehl et al. (2004), Ammann et al. (2007), and Huber and Knutti (2011) used climate models to show that solar output and other natural climate forces could not replicate the observed temperature trend without adding anthropogenic carbon dioxide.  Lean and Rind (2008) and Foster and Rahmstorf (2011) used regression to show that the sun has been a cooling influence since 1979.

Most of the above studies were done using total solar irradiance (commonly denoted as "S"). However, as the Stefan-Boltzmann law shows, it's the amount of solar energy that actually reaches the Earth's surface that counts.  Approximately 30% of incoming solar radiation is reflected directly into space by clouds, aerosols, snow and ice, and other components of Earth's albedo.  That amount fluctuates due to unpredictable events like volcanic eruptions and increases in the amount of coal burned around the planet.  Around 70% actually makes it to the ground where it is absorbed and changed to infrared radiation.  Now a new study examines how the amount of solar energy reaching the ground has changed since AD 1900.  Wang and Dickinson (2013) used daily temperature range (DTR) as a measure of sunlight reaching the ground.  They found good correlations between DTR and direct solar energy measurements, with many areas having correlation coefficients of >0.7.


They used DTR to calculate changes in the amount of sunlight reaching the ground for each station since AD 1900, then computed regional and global averages.  Their Figure 6A shows the impact changes in sunlight have had on global temperatures.


Of particular note is that solar energy reaching the ground peaked between 1930 and 1960 and has declined until the early 1980s, with a slight recovery since.  That pattern corresponds with estimates of sulfur aerosol emissions due to coal burning power plants (Smith et al. 2011), which peaked in the early 1980s and have declined since due to various Clean Air Acts around the world.


However, the pattern in sunlight reaching the ground does not correspond with global temperature, especially after 1970.  If global warming was due to the sun, then we'd expect a close correlation between solar energy at ground level and global average temperature.  Whereas ground-level solar energy has remained low since 1980 with little or no increase, global temperatures have increased quite noticeably.  This mismatch shows once again that changes in the sun have very little to do with the global warming trend we've experienced since the 1970s, corroborating all the other research on the subject that finds little to no solar influence on the current warming trend. 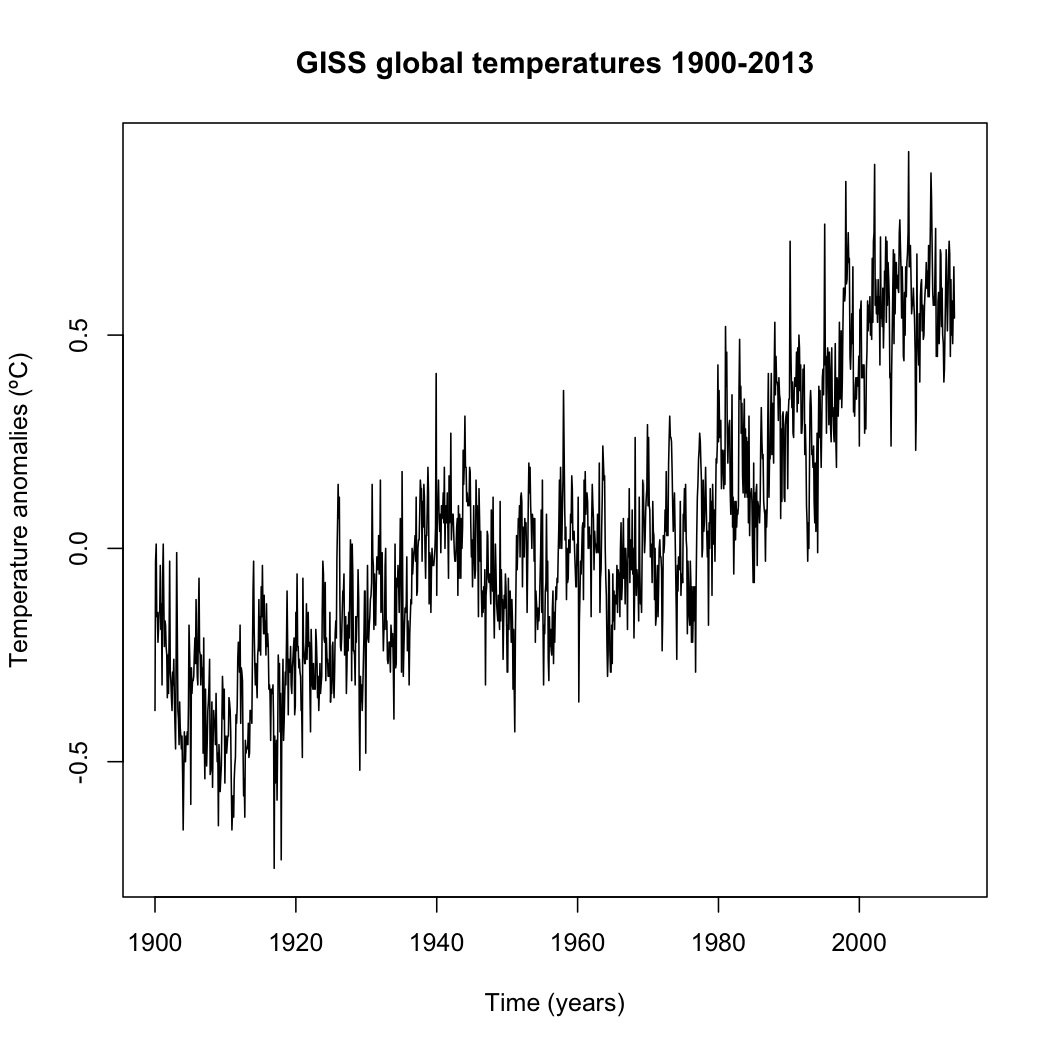