2014 among the hottest years on record.

January 16, 2015
This is an update to my previous post on this topic, which was based largely on January-November data.  The full-year data is rolling out and no matter who is measuring, 2014 was a hot year for the Earth.


UAH came out first, showing that 2014 was the third hottest year in the satellite record for temperatures 1 km above the planet's surface. 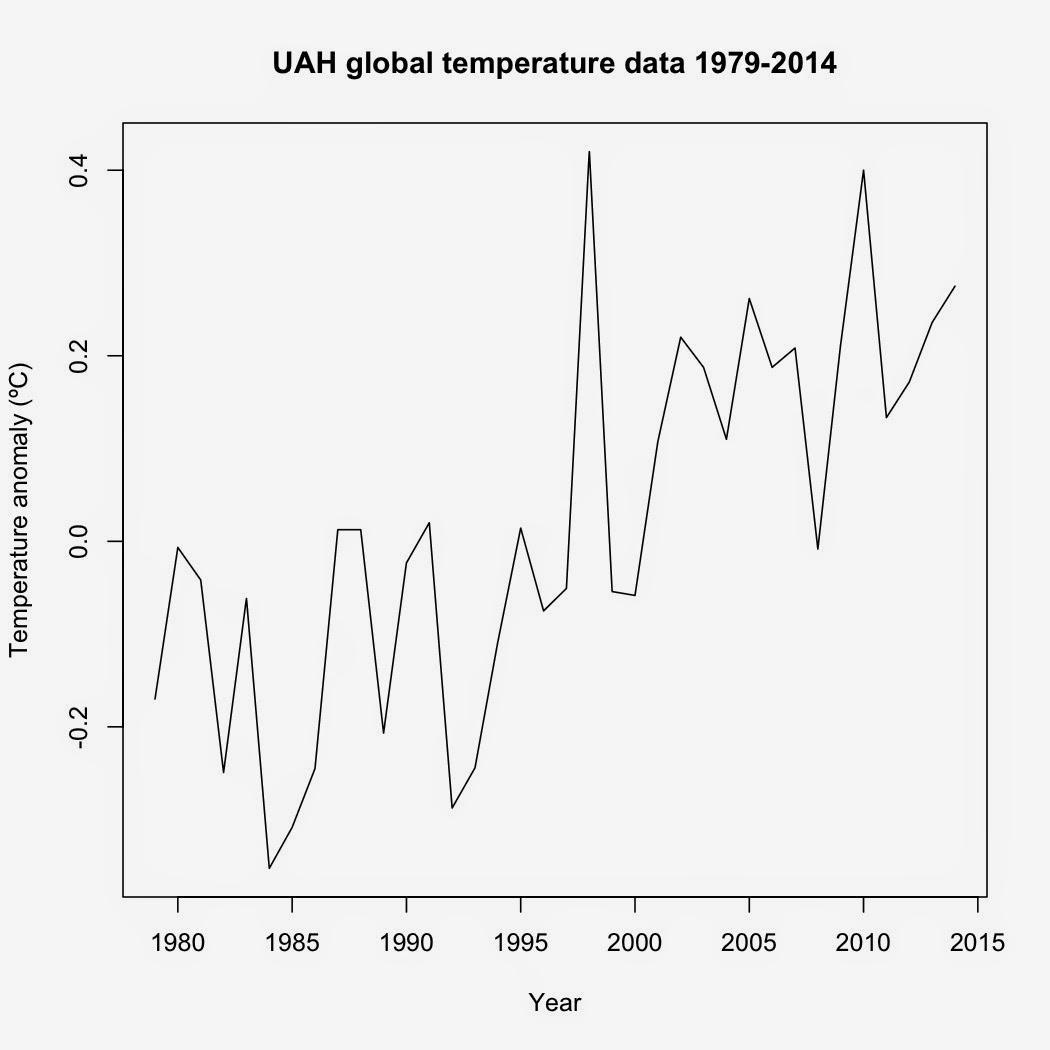 Now NOAA and GISS surface temperatures have joined the chorus.  For both, 2014 was the hottest year on record, despite ENSO-neutral conditions in 2014.  We're in a position now where our ENSO-neutral years are hotter than the El Niño years of the past 20+ years. 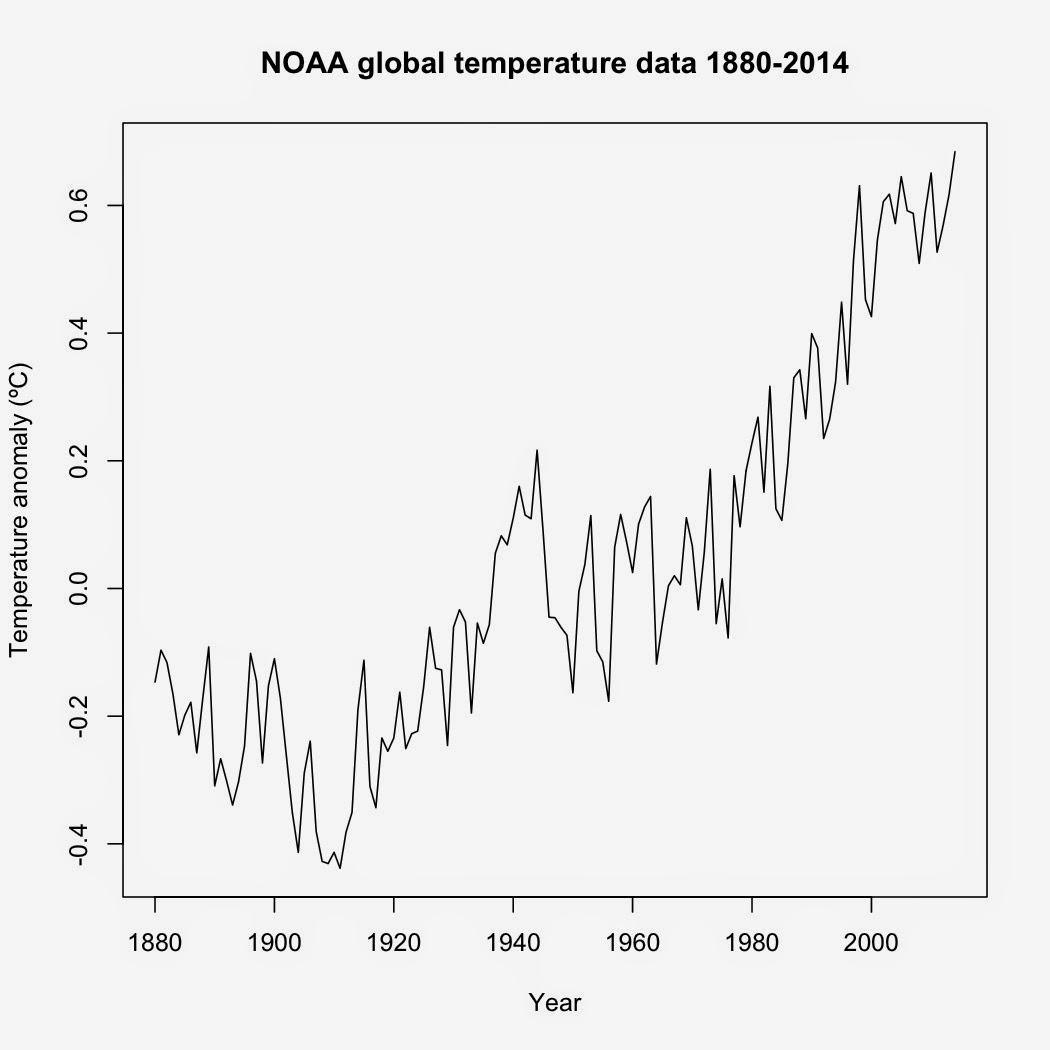 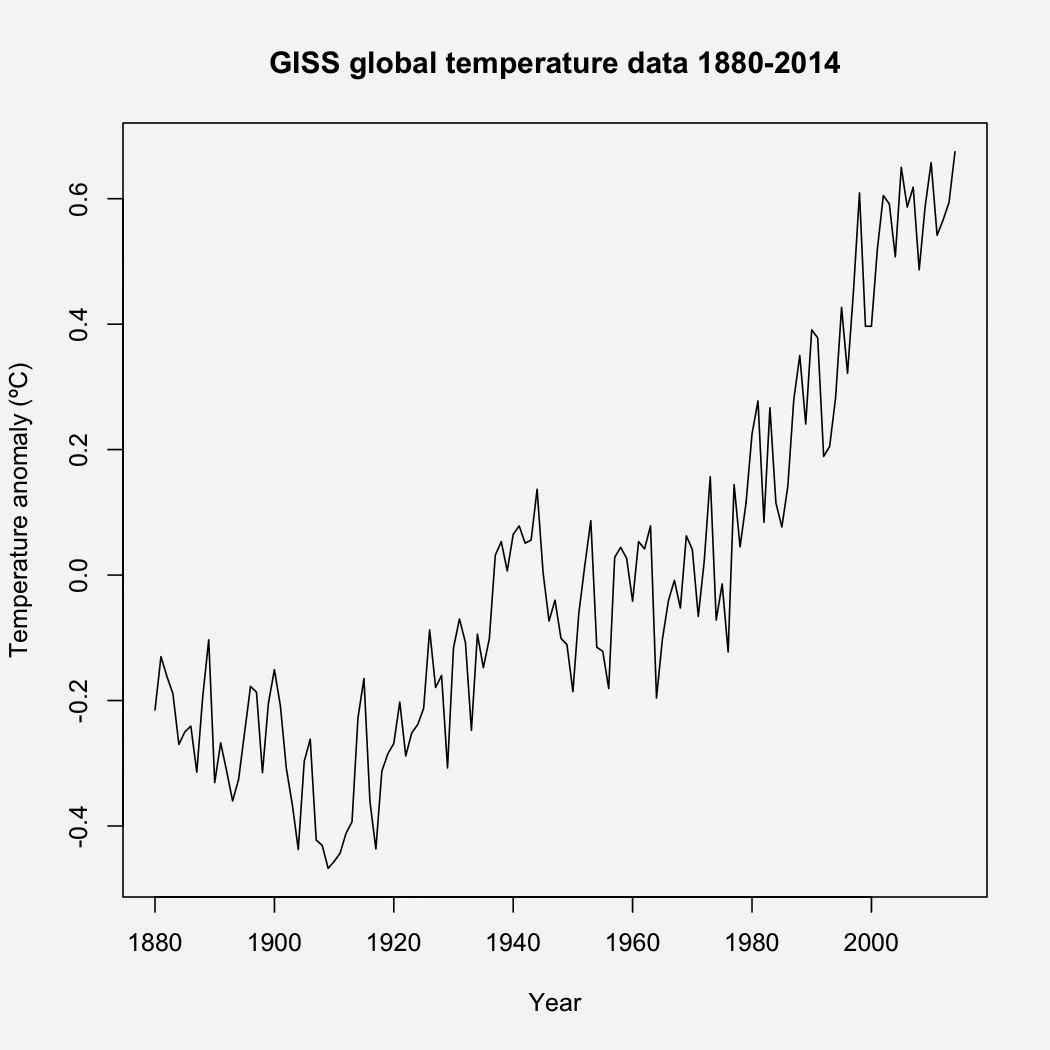 Note just about the only area in the Northern Hemisphere that was below-average in 2014?  Yep, the good ol' eastern USA, partially explaining all those "the US is cold so there's no global warming" memes floating around the Internet.

I had predicted the annual 2014 temperature for UAH, GISS, NOAA/NCDC, and the Cowtan-Way coverage-corrected HadCRUT4 data set based on the overall 1970-2013 trend (1979-2013 for UAH). I've rounded to two significant digits

Last, a very hot year by itself says little about global warming.  However, the fact that 2014 was so warm without an El Niño adds to the existing evidence that the pause does not exist.
2014 GISS Global warming global warming pause hottest year NOAA UAH