February 09, 2014
2013 was notable in several ways, from the record warmth in Australia to the polar vortex that gripped the Eastern US in November and December due to a weakened Arctic polar jet stream and record drought in the US state of California, along with numerous extreme weather events around the globe.


First, the one everyone waits for: Global average temperature.  Using the new Cowtan and Way dataset, which corrects for the coverage bias in HadCRUT4 as well as the sea surface temperature bias in GISS, the Earth experienced its 5th warmest year on record.  The annual average temperature in 2013 was 0.544ºC above the 1961-1990 baseline, trailing only 2010, 2005, 2007, and 2009, in that order. 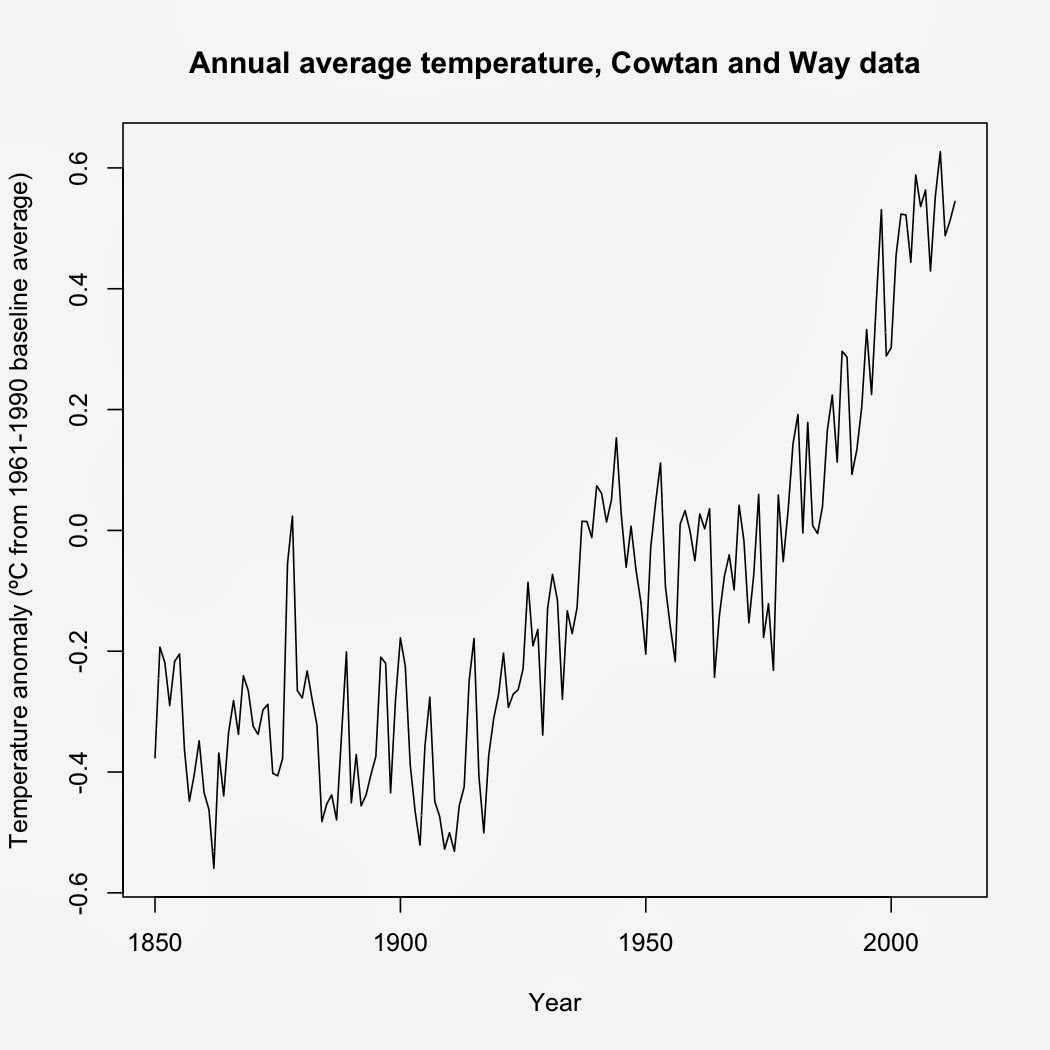 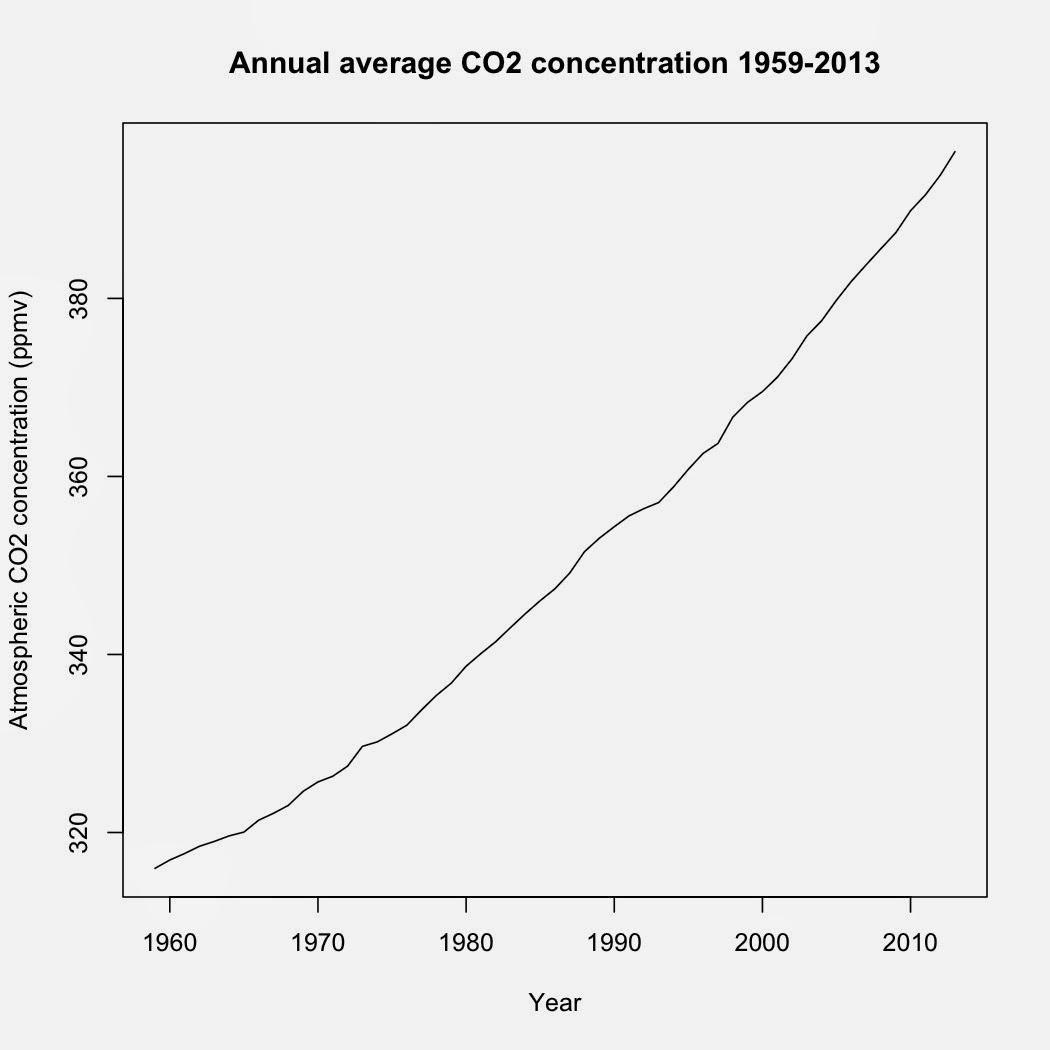 Given the drop in Arctic temperature, Arctic sea ice rebounded slightly from its September 2012 low, although in this case the "rebound" was still the 6th lowest September ice extent on record.  The smooth trend is still negative, indicating that the "rebound" is at this point, a minor wiggle and does not change the overall trend or its acceleration downward.  The overall rate of decline since 1979 is -54,567 km2 per year, with that loss accelerating by -1,377.8 km2/year. 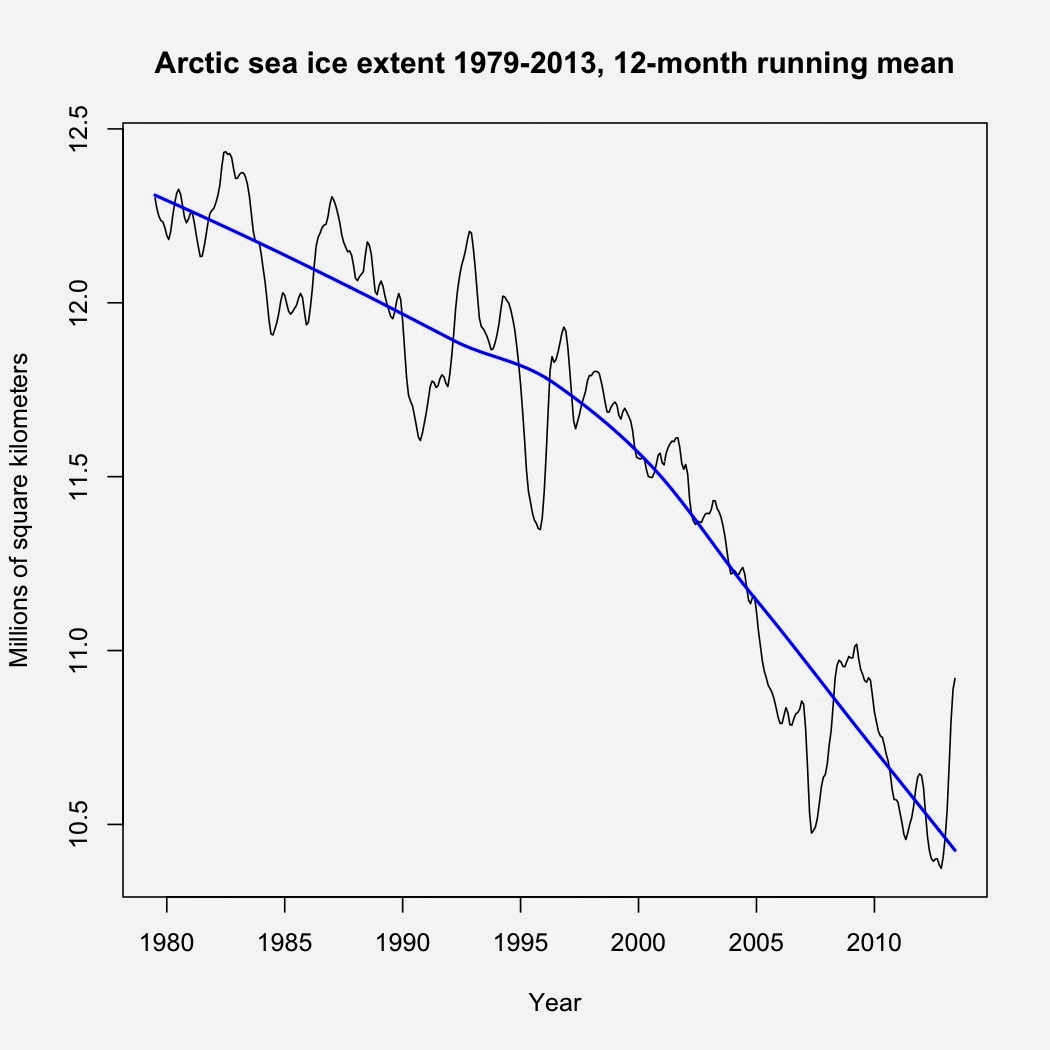 September records the lowest extent of Arctic sea ice each year.  The pattern in September looks very similar to the overall trend. 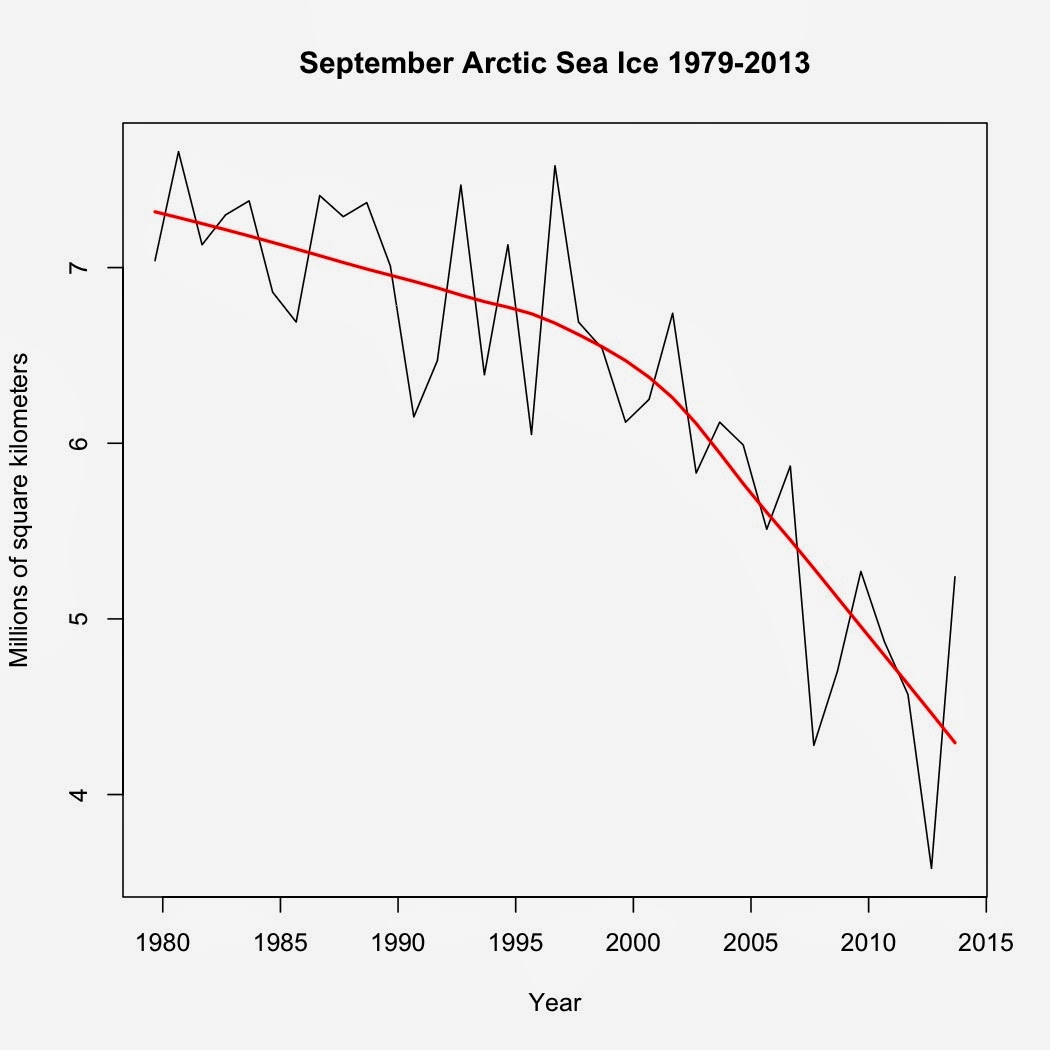 At the current rate of decline, the Arctic will be ice-free in September 2032. 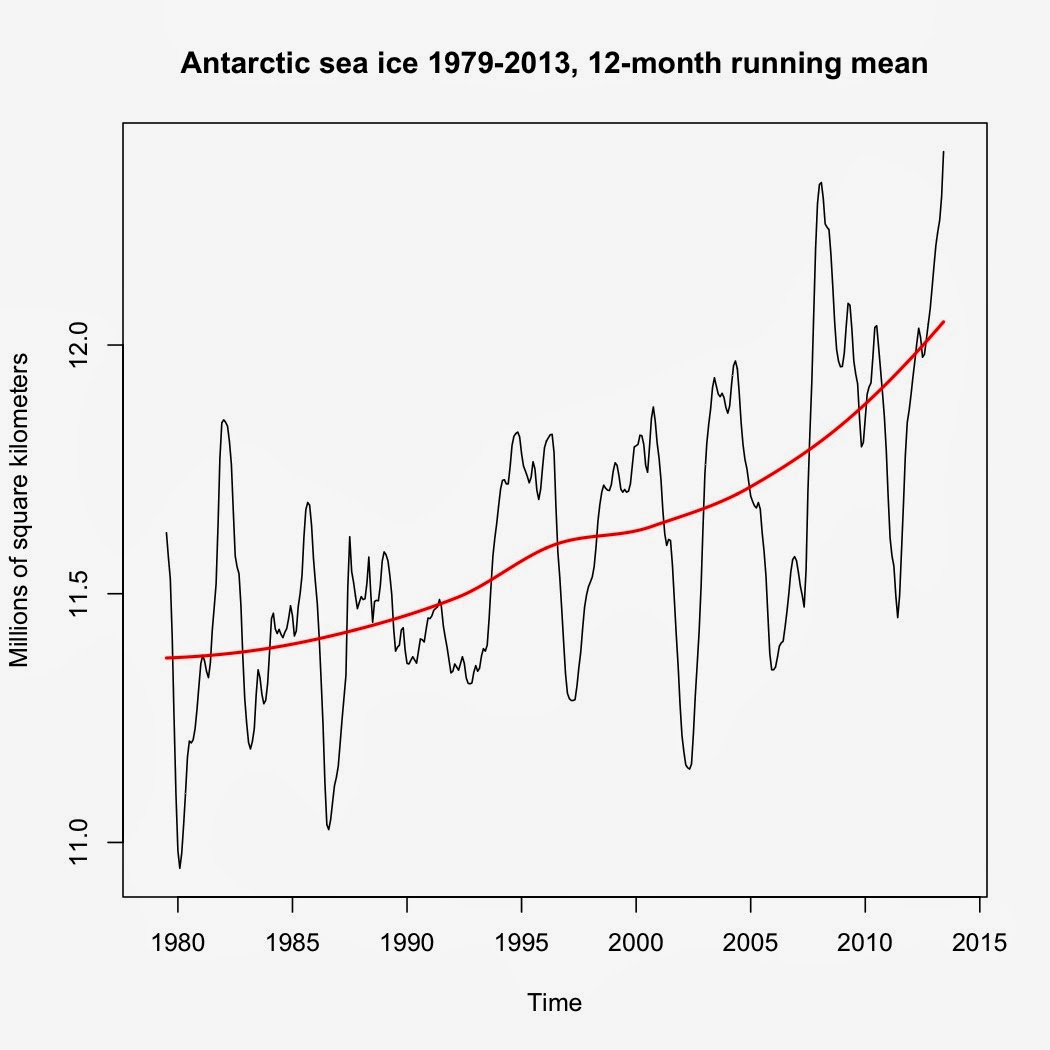 Research suggests that one of the main reasons Antarctic ice has expanded is due to melting Antarctic land ice.  Antarctic land ice has lost an average of -71 billion metric tons of ice per year between 1992 and 2012 (Shepherd et al. 2012).  Runoff from the land combined with increased rain/snow is freshening the surface of the Southern Ocean, making it easier to freeze (Zhang 2007, Bintanja et al. 2013).  The other main reason is an increase in wind speed around the Antarctic continent due to the hole in the ozone layer, which create more openings between ice floes and leave more of the surface available to freeze (Turner et al. 2009, Zhang 2014).