December 09, 2014
Given that 2014 is nearly over (~3 weeks to go), we're going to be hearing even more about the possibility that 2014 will be the warmest year in the instrumental record.  I myself made the pile higher and deeper with my last post.  That raised a question in my mind: Where should global temperature be in 2014 according to the warming trend since 1979 (the first full year of the satellite record)?

For this, I calculated the yearly average temperature since 1979 for UAH, GISS, NCDC, and coverage-corrected HadCRUT4.  I tested each data set for autocorrelation, then calculated the 1979-2013 trend for each data set and predicted the average 2014 temperature from those trends.  Using that prediction, I ranked each year by average yearly temperature.  Here are the top five years according to those data sets. 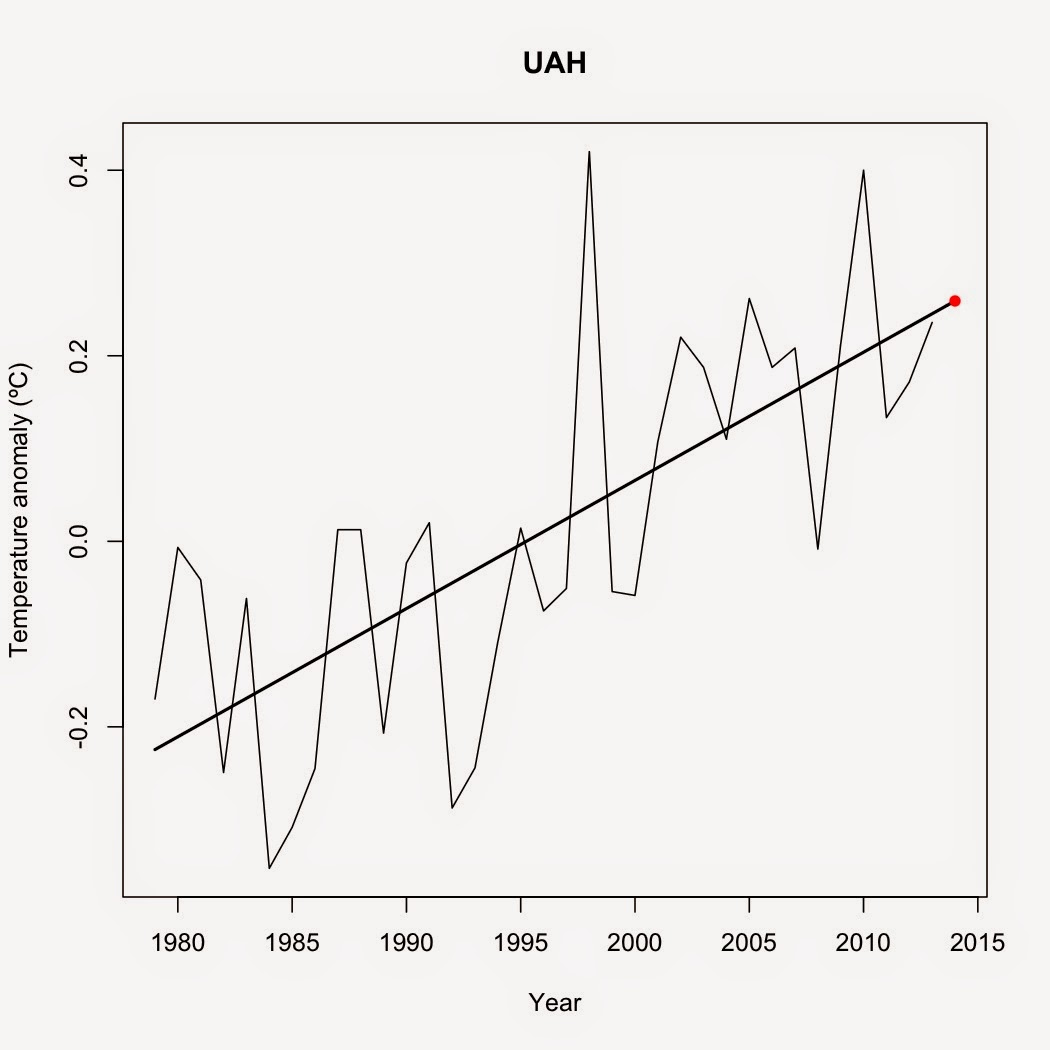 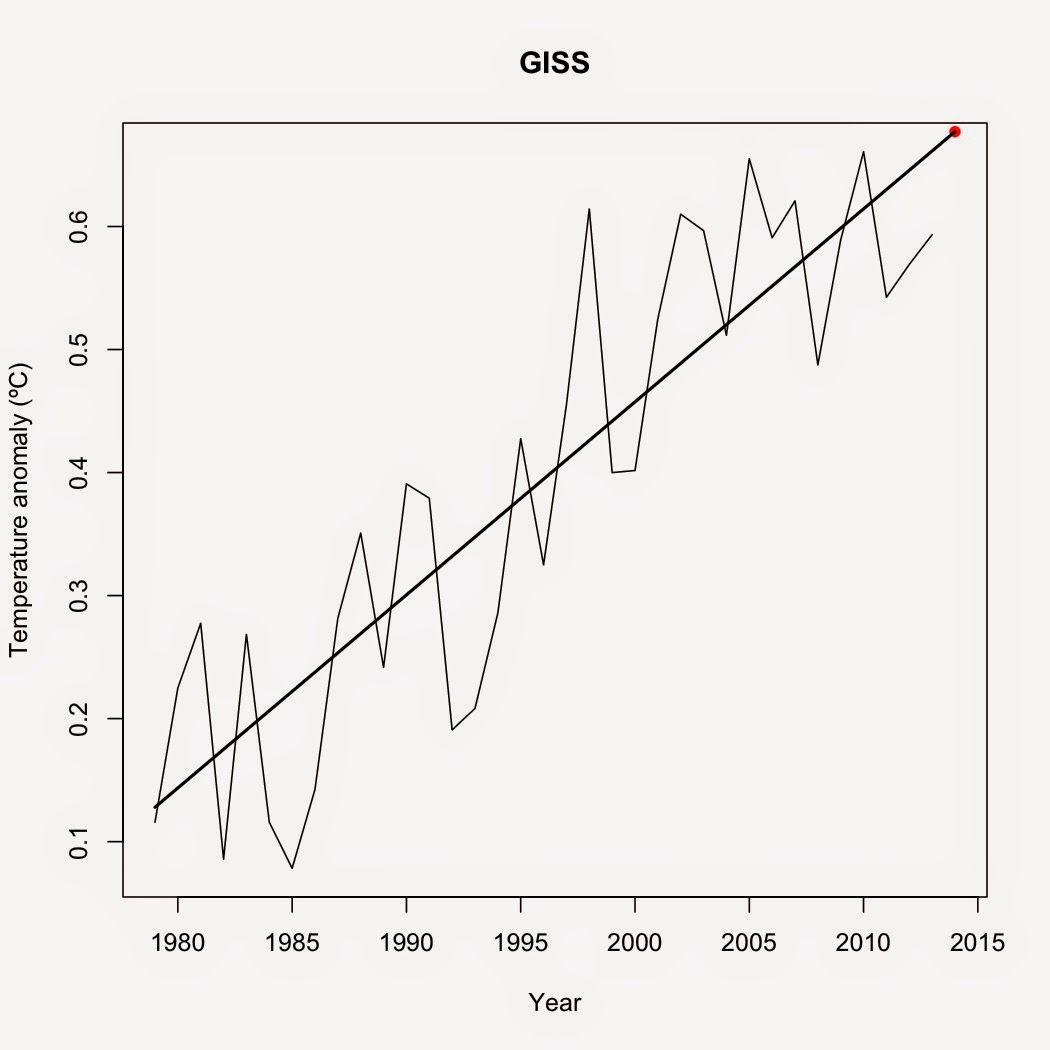 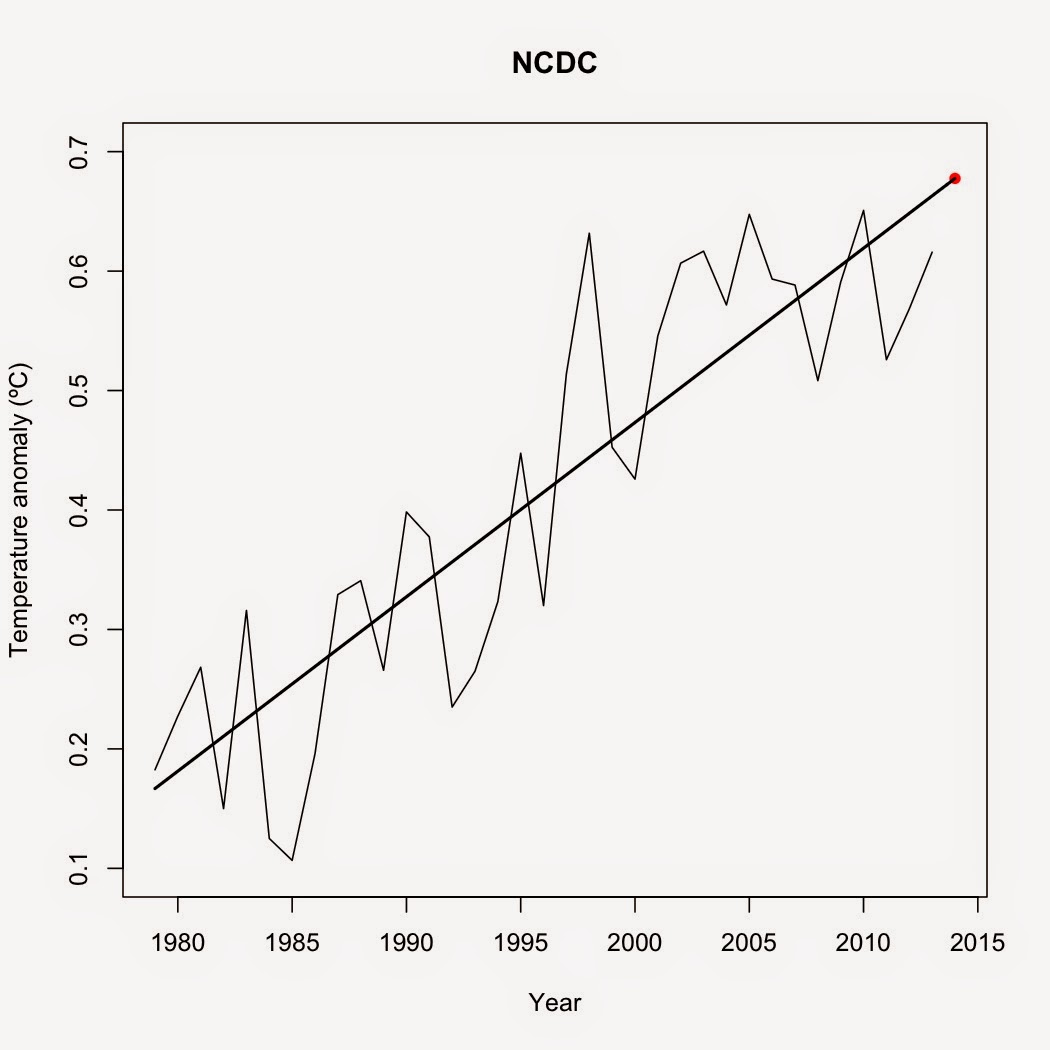 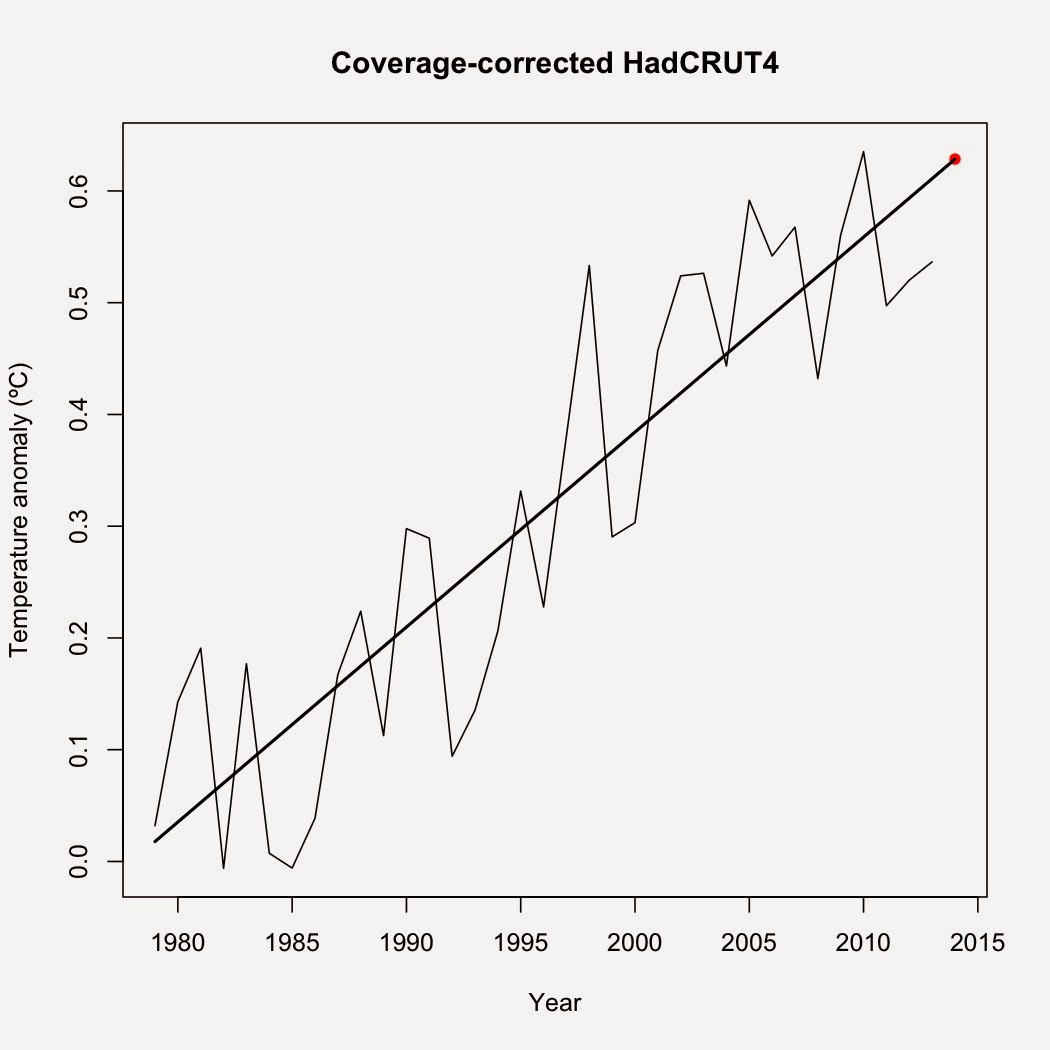